An alert from the FBI reports that ‘members of extremist groups are encouraging one another to spread the virus, if contracted, through bodily fluids and personal interactions.’ The FBI alert, which went out on Thursday, told local police agencies that extremists want their followers to try to use spray bottles to spread bodily fluids to cops on the street.

The extremists are also directing followers to spread the disease to Jews by going ‘any place they may be congregated, to include markets, political offices, businesses and places of worship. Federal Protective Service memo that note that “White Racially Motivated Violent Extremists have recently commented on the coronavirus stating that “it is an ‘OBLIGATION’ to spread it should any of them contract the virus”.

Racially Motivated Violent Extremists is an ambiguous term adopted by the FBI to refer to all forms of racist extremism after blowback from members of Congress forced the law enforcement agency to abandon the term “Black Identity Extremists.”

On March 16, FBI reported on a New York-based Muslim Brotherhood member, Bahgat Saber, who urged any Egyptian with coronavirus to deliberately spread the disease to Egyptian military, police, and political figures. Saber also stated he would personally spread it to the Egyptian Consulate in New York, if he were to be infected.

FPS US DEPARTMENT OF HOMELAND SECURITY 27-04-20

Share. Twitter Facebook Pinterest LinkedIn Tumblr Email
Previous ArticleIran playing with fire: A ballistic missile launched by the Iranian regime could ignite war
Next Article A LETTER FROM MEMBERS OF CIVIL SOCIETY TO THE IMF EXECUTIVE BOARD MEMBERS : DO NOT PROVIDE DIRECT FUNDING TO THE GOVERNMENT OF IRAN
Subscribe
0 Comments
Inline Feedbacks
View all comments
Features 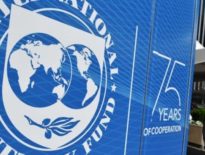 Headlines A LETTER FROM MEMBERS OF CIVIL SOCIETY TO THE IMF … 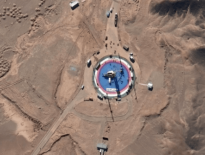