Trending
You are at:Home»Categories»Commentary»Extremist Muslims’ One-Way Street
By Burak Bekdil on 3 March 2017 Commentary

President Donald Trump’s executive order of January 27, 2017, temporarily limiting entry from seven majority-Muslim countries – Iran, Iraq, Libya, Somalia, Sudan, Syria and Yemen — for 90 days, until vetting procedures can be put in place — has caused international controversy, sparking protests both in the Western and Islamic worlds, including in increasingly Islamist Turkey.

This article does not intend to discuss whether Trump’s ban is a racist, illegal order, or a perfectly justified action in light of threatened American interests. The ban, right or wrong, has once again unveiled the hypocrisy of extremist Muslims on civil liberties and on what is and what is NOT racist. Extremist Muslims’ understanding of freedom is a one-way street: Freedoms, such as religious rights, are “good” and must be defended if they are intended for Muslims — often where Muslims are in minority. But they can simply be ignored if they are intended for non-Muslims — often in lands where Muslims make up the majority.

Muslims have been in a rage across the world. Iran’s swift and sharp answer came in a Tweet from Foreign Minister Javad Zarif who said that the ban was “a great gift to extremists.” A government statement in Tehran said that the U.S. travel restrictions were an insult to the Muslim world, and threatened U.S. citizens with “reciprocal measures.” Many Muslim countries, apparently, already have travel bans against other Muslims, in addition to banning Israelis.

Sudan, host and supporter of various extremist Muslim terror groups including al-Qaeda, said the ban was “very unfortunate.” In Iraq, a coalition of paramilitary groups called on the government to ban U.S. nationals from entering the country and to expel those currently on Iraqi soil.

In Turkey where the extremist Islamic government is unusually soft on Trump’s ban — in order not to antagonize the new president — a senior government official called the order “a discriminative decision.” Deputy Prime Minister and government spokesman Numan Kurtulmus said:

“Unfortunately, I am of the opinion that rising Islamophobia, xenophobia and anti-immigrant feelings have a great weight on this decision. Taking such a decision in a country such as America, where different ethnic and religious groups are able to co-exist, is very offensive.”

The ruling party’s deputy chairman, Yasin Aktay, called the ban “racist,” and said: “This is totally against human rights, a big violation of human rights.” Aktay also said that he had started to “worry about the future of the U.S.”

Turkey’s top Muslim cleric, Mehmet Gormez, praised the Americans who rushed to the airports to protest the ban. “[This] is very important. It gives us hope,” he said — presumably meaning that non-Muslim protestors will continue to advocate for Muslim rights in non-Muslim lands.

Turkish government bigwigs and the top Islamic authority seem not to have heard of their own country’s dismal human rights record when it comes to non-Muslim minorities. Most recently, Turkey’s Association of Protestant Churches noted in a report that hate speech against the country’s Christians increased in both the traditional media and social media. It said that hate speech against Protestants persisted throughout 2016, in addition to physical attacks on Protestant individuals and their churches.

Nevertheless, the Islamist’s one-way sympathy for human rights (for Muslims) and his one-way affection for discrimination (against non-Muslims) is not just Turkish, but global. What is the treatment of non-Muslim (or sometimes even non-extremist Muslim) visitors to some of the Muslim cities and sites in the countries that decry Trump’s “racist,” and “discriminative” ban that “violates human rights?”

In a 2016 visit to the Al Aqsa Mosque in Jerusalem, the Muslim custodians of the site did not allow entry to this author, despite the Turkish passport submitted to them, saying “you do not look Muslim enough.” And Muslims now complain of “discrimination?” Incidentally, Al Aqsa Mosque is, theoretically at least, open to visits from non-Muslims, except on Fridays.

Look at Saudi Arabia. Deportation and a lifetime ban is the minimum penalty for non-Muslims trying to enter the holy cities of Mecca and Medina. In 2013, the Saudi Minister of Justice, Mohamed el-Eissi, insisted that “the cradle of the Muslim sanctities will not allow the establishment of any other places of worship.”

The Saudi ban on other religious houses of worship comes from a Salafi tradition that prohibits the existence of two religions in the Arabian Peninsula. In the Saudi kingdom, the law requires that all citizens must be Muslims; the government does not provide legal protection for freedom of religion; and the public practice of non-Muslim religions is prohibited.

In Iran, where even non-Muslim female visitors must wear the Islamic headscarf, the government continues to imprison, harass, intimidate and discriminate against people based on religious beliefs. A 2014 U.S. State Department annual report noted that non-Muslims faced “substantial societal discrimination, aided by official support.” At the release of the report, then Secretary of State John Kerry said: “Sadly, the pages of this report that are being released today are filled with accounts of minorities being denied rights in countries like Burma, Iran, Pakistan, Russia, Saudi Arabia, many others”.

In Iran, marriages between Muslim women and non-Muslim men are not recognized unless the husband produces proof that he has converted to Islam. The mullahs’ government does not ensure the right of citizens to change or renounce their religious faith. Apostasy, specifically conversion from Islam, can be punishable by death. In 2013, 79 people from religious minorities were sentenced to a total of 3,620 months in prison, 200 months of probation, 75 lashes and 41 billion rials in fines [approximately $1.3 million].

That being the state of non-Muslim religious and human rights, and the sheer lack of religious pluralism in most Muslim countries, why do Muslim nations suddenly become human rights champions in the face of a ban on travel to the U.S.? Why, for instance, does Turkey never criticizes the extreme shortcomings of freedoms in the Muslim world but calls the U.S. ban “racist?”

Why does the Iranian government think that Trump’s ban is a “gift to the [Muslim] extremists?” In claiming that travel bans would supposedly fuel extremism, how come Iran does not think that its own persecution of religious minorities is a “gift” to non-Muslims?

Such questions will probably remain unanswered in the Muslim world. Meanwhile, Muslims will keep on loving the “infidels” who support Muslim rights in non-Muslim lands, while keeping up intimidation of the same “infidels” in their own lands.

Burak Bekdil, one of Turkey’s leading journalists, was just fired from Turkey’s leading newspaper after 29 years, for writing what was taking place in Turkey for Gatestone. He is a Fellow at the Middle East Forum. 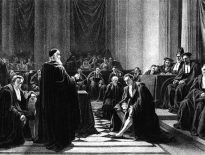 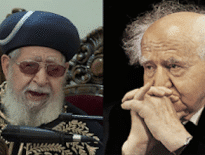 Commentary Ashkenazi Jews Are to Blame for Israel’s Ethnic …
0
wpDiscuz
We use cookies to ensure that we give you the best experience on our website. If you continue to use this site we will assume that you are happy with it.Ok