Dr. Yossi Ziv has been researching the religious rituals of the Ethiopian Jewish population still in Ethiopia and discovered that they maintained the same customs and traditions as the Jews of the Second Temple period for the past two thousand years.”It’s knowledge which hasn’t been written anywhere, and has been preserved in their traditions,” the researcher said.

“They have been curating ancient customs that have disappeared from the world. They provide examples of how the leaders of the nation of Israel would have behaved during the time of the Second Temple.” 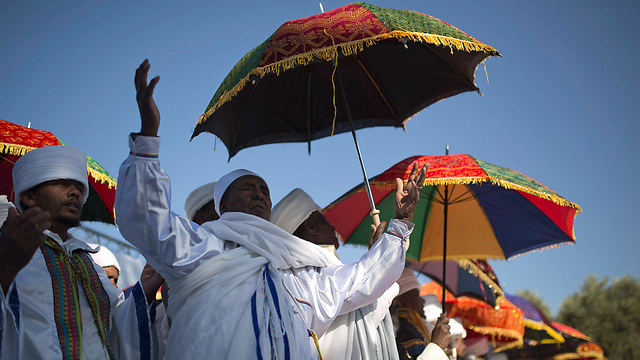 The professor released his findings at a seminar which was held at the Kfar Etzion Field School right before the Jewish-Ethiopian holiday of Sigid.

Ziv said that many Jewish-Ethiopian customs go against modern Jewish practice, but perfectly align with customs and rituals described on scrolls found in the Qumran caves and in books dating back to the Second Temple Period. The Qumran Caves are where the Dead Sea Scrolls were found, which include the third oldest Hebrew Bible ever found.Some of these Second Temple Era customs include not lighting Shabbat candles, adhering to an ancient custom prohibiting the use of fire lit even before Shabbat started. Along with this, no flame is to be passed from one vessel to another on Shabbat, even if it was lit before Shabbat came in.

“They don’t even adhere to the famous rule which says that ‘Shabbat rules may be disregarded for the purpose of saving a life,'” Ziv said. “For the Ethiopian Jews, the sanctity of Shabbat must be preserved, even at the cost of human life.”Evidence of this stringent observance of Shabbat was also seen in the Dead Sea Scrolls. 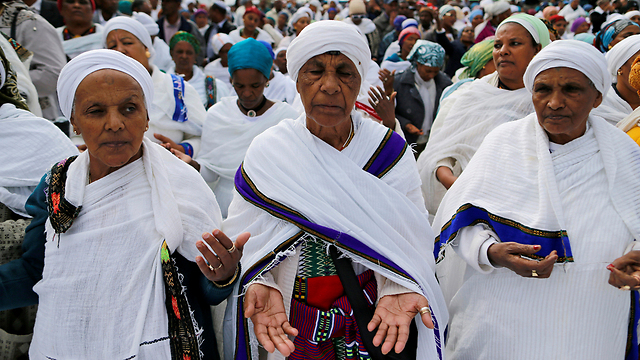 Ziv added that there were different sects of Jews living during the time of the Second Temple—the Pharisees, Sadducees, Essenes, and Zealots—who all lived according to different beliefs and rituals. Jewish rituals and customs today mostly take after the Pharisee tradition.

Another example in the differences between mainstream Judaism and Ethiopian Judaism relates to sex during Shabbat. According to modern Jewish tradition, marital relations are not only permitted, but encouraged on the day of rest. Meanwhile, Ethiopian tradition holds that all sex is forbidden on Shabbat so as not to sully the body. Examples of this Ethiopian tradition have been found in the Dead Sea Scrolls.

The discrepancies between the more “modern” Jewish law and the law of the Ethiopian Jewish elders—known as the Kessim—can be seen in different areas of Jewish law.

According to mainstream Jewish custom, people in mourning refrain from cutting their hair or shaving their beards for a specified period of time, whereas Ethiopian custom is for mourners to cut their hair short and shave their beards—another tradition Ziv saw written in texts from the Second Temple Era. 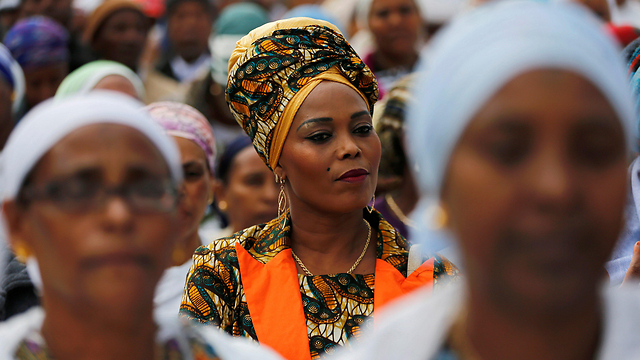 “After the Prophet Job underwent his bad tidings, it is written that he cut his hair. It was also written in some of the writings of Isaiah and Ezekiel that the Jews would cut their hair short during periods of mourning,” Ziv said.

Another prominent Ethiopian Jewish tradition is strict observance of purity laws. For instance, when a woman is menstruating in Ethiopian Jewish society, she is sent to live in a specified tent outside of the village until she becomes “pure” once again, as is prescribed to be done in the Temple Scroll of the Dead Sea Scrolls. 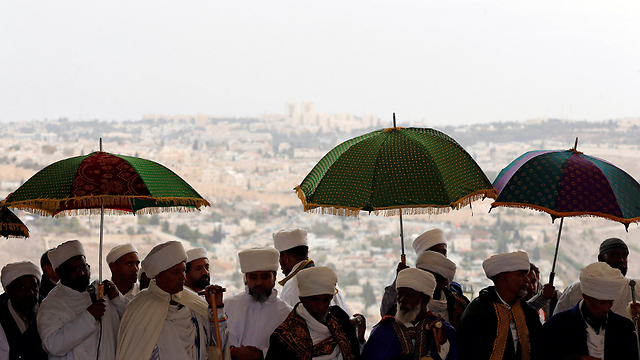 This ritual purity is another reason why ritual circumcision is not carried out in Ethiopian Jewish synagogues. Therefore, the circumcisions are carried out next to the tent of the menstruating women, and often done by the women. It is only after the first 40 days after a boy is born that an Ethiopian mother can return to the village. If a girl is born, then the mother must wait 80 days. The baby naming would then occur in the village.

‘They were a part of us, but were then cut off’

The differences between the rituals and customs of mainstream Judaism and Ethiopian Judaism undermined the authority of the traditional Ethiopian Jewish leaders after they made aliyah to Israel, and even undermined the Ethiopians’ claims that they are indeed Jews.

However, Ziv says that the customs and traditions of the Ethiopian Jews and their strong resemblance to Jewish traditions during the Second Temple Period only serve to strengthen their connection to Judaism as a whole.

“I’m convinced that this community was a part of the nation of Israel during ancient times, but they were cut off. We don’t know when or why, but it occurred before the Pharisic tradition became the mainstream Jewish tradition,” Dr. Ziv said.

“The Jews of Ethiopia lived in exile and in complete isolation from the rest of the nation of Israel. However, they continued to keep the traditions of our forefathers up until this very day.”