Celebration of the 25th anniversary of the Slovenian Olympic Committee was great opportunity to address and discuss important questions on the recent developments in IOC (International Olympic Committee). The Conference on“Ethics in sport and the fight against corruption” which was one of the highlights of that day, has raised several topics such as corruption in sport, doping, CAS (Court of Arbitration for Sports) responsibilities and their challenges while still not fully independent from IOC and ANOC.

Slovenian Prime Minister, Mr. Miro Cerar, raised in a sports family, is well aware of the importance of ethics, fair play and humanity in sport. He pointed out the excessive presence of materialism, individualism  and competitiveness in modern sports, where sometimes appearance prevails over content. He stands for zero tolerance as well, with the need that sanctions be fair and proportional. There is a clear need for better cooperation among the state and sports organizations, where we all need to be actively involved, work hard and learn from it. 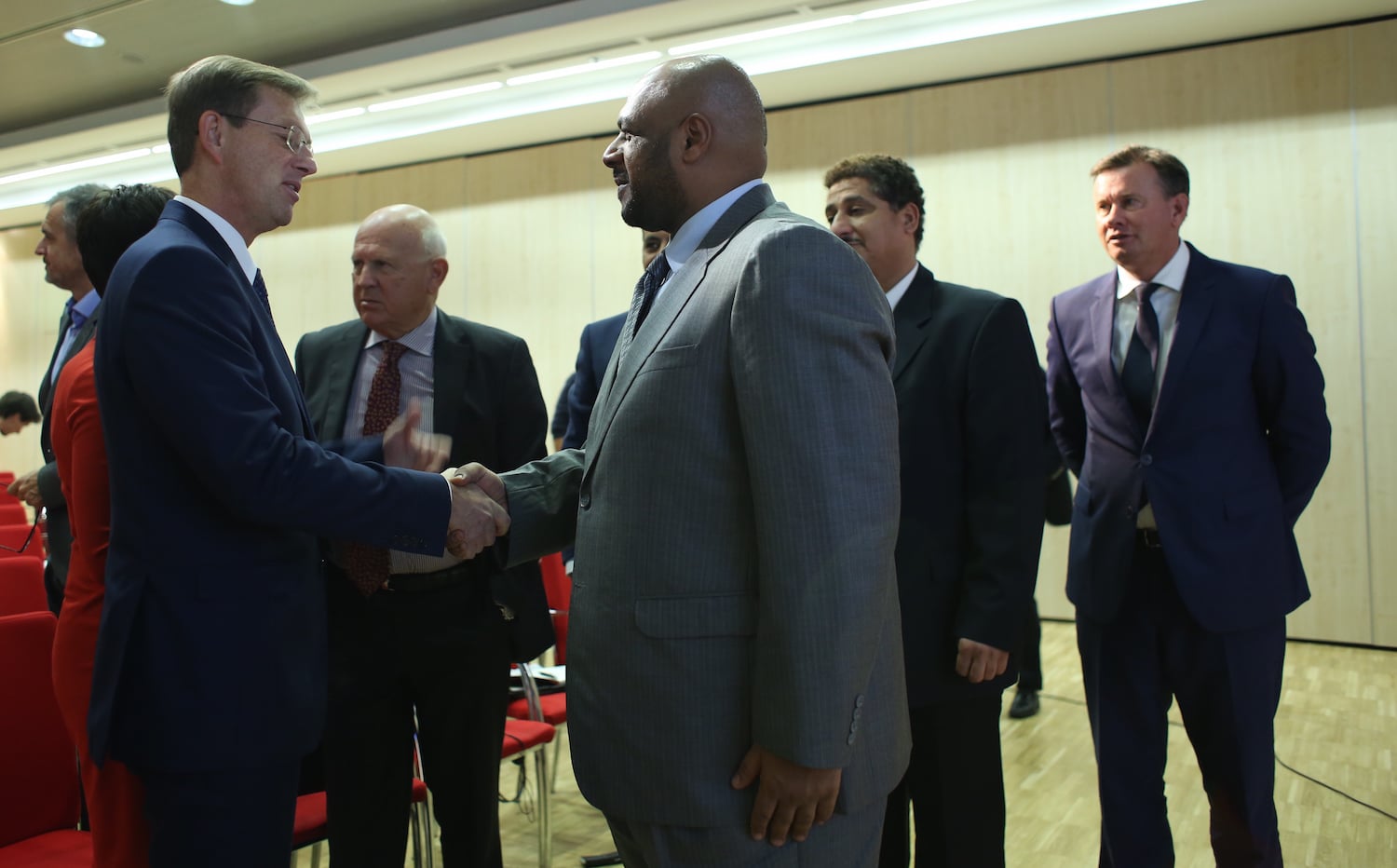 His Excellency Sheikh Ahmad Al-Mansour Al-Ahmad Al-Sabah in the discousion with his Excellency Miro Cerar Prime Minister of the Slovenia.

Acting President of the European Olympic committee Mr. Janez Kocijančič talked about corruption and all the forms and shapes of it, how deeply is corruption rooted in the society and how well hidden it is.

We have seen many interesting presentations from internationally well-engaged sports authorities and discussion on the future tasks and direction which all in the world of sports, involved individuals should pursue in their daily work. He also  stressed the importance of transparency in sports, control mechanisms, clear rules and independent bodies. He reflected back to former Fifa president Havelange and Ricardo Teixeira, his former son-in-law and president of the Brazilian Football Confederation, which were named in a Swiss prosecutor’s report as having taken more than $41 million in bribes from ISL in connection with the award of World Cup marketing rights.

Andreas Selliass also shared the Sport Governance observer 2015 report with the audience. Where findings demonstrate that the majority of the 35 Olympic international sports federations do not have an institutional design implemented that allows their constituents to monitor and sanction decision-making body members. Therefore, senior sports officials are not sufficiently incentivized to act in accordance with their constituents’ interests. For many reasons, the worst in critics were the International Shooting Sport Federation (ISSF) and its governance practices.

Mr. Igor Klančnik has made his contribution to the conference with presentation on integrity and all shapes and shades of corruption in the sports community.

Danish Olympic committee president Mr. Niels Nygaard has spoken about relations between Governments and National Olympic Committees. How good relations and cooperation can bring positive results in area of corruption.

In conclusion the audience has agreed that IOC and International Federations must work towards preventing and ridding the sport from all kinds of corruption. More transparency in financial reporting between all International Federations, IOC and Government is required for all individuals responsible for specific field of sports and that individual’s ethics represent an important role for them.