Trending
You are at:Home»Categories»Commentary»Does Russia’s Faux Withdrawal Mean a New Crisis Is Coming?
By Anna Borshchevskaya on 21 March 2016 Commentary

On March 14, as peace talks on Syria began in Geneva, Russian President Vladimir Putin took the West by surprise when he announced that Moscow “on the whole” achieved its goals in Syria, ordered a partial withdrawal of Russian forces and asked the Russian Foreign Ministry “to intensify” Russia’s participation in the peace talks. The announcement is a facade. Little has changed. Russia’s Tartus naval facility and the Khmeimim airbase operate as usual. Putin said that his forces can ramp up their presence within hours. As Garrett Campbell at Brookings points out, “By maintaining its anti-access area denial capability against the West and Turkey, [Putin] ensures there will be no effort to reverse the balance of power on the battlefield or alleviate the humanitarian disaster that Russia and its allies have helped perpetuate.”

But what do the Russian people think? Throughout the chorus of Kremlin propaganda, other voices, for example on liberal radio station Echo Moskvy, are not fooled.

Putin told the Russian people that the goal was to defeat ISIS in Syria and that Syria is the cradle of Russia’s civilization. Political analyst Andrei Piontkovsky writes that this was a “formal, declarative goal, but everyone knew the real one — to help Assad deal with the opposition…And now they [Kremlin officials] throw sand into the eyes of television viewers, listing their humanitarian achievements.”

For the last six months, Syria dominated Russian news broadcasts. In fact, it replaced Ukraine. As Anton Orekh writes, mocking the Russian authorities, “[A] year ago everything changed. It turned out that Syria is our sacred land. That it is precisely in Syria that the fate of our country is being decided, and perhaps of the entire world,” even though prior to the intervention, he points out, the vast majority of Russians would not be able to find Syria on a map.

Orekh highlights that for the Kremlin, the Syrian adventure helped distract the public from domestic problems. “We were told more about Syria than about their own country. And who in Russia is interested in Russia at all, if there is Syria!” Indeed, Russian propaganda has been a drug for the public, what former Russian Duma deputy and Putin critic Gennady Gudkov described as “zombification” of the population, which turned out to be “extremely cheap and effective.”

For Piontkovsky, Putin’s announcement is a sign of the coming collapse of Putin’s regime. Public announcement of changing course is damaging to his image “after their [Kremlin] propaganda tirelessly instilled into us how effectively we resist the hateful pindosy [gringos]and fight terrorists on the distant frontiers of the Russian World.” Earlier this month, prior to Putin’s announcement of the partial withdrawal, Gudkov similarly had predicted slow degradation for Russia “at best,” if not outright revolt or, worst case scenario, a revolution or a civil war. Such a scenario would both hurt Russia and create serious implications for international security.

Putin’s regime is less stable than meets the eye, and Russia’s future remains uncertain. Meanwhile, Putin’s faux withdrawal raises a more immediate question. If Syria is no longer in the news, what will the Kremlin use to distract the public? Will Putin embark on another adventure? As Vladislav Naganov, Central Council member of Alexei Nalny’s Party of Progress writes, “[N]ow we will look at all the professional propagandists and pseudo-patriots, who only yesterday with foam at the mouth assured that Russia will continue to fight against international terrorism for Syria until the end…It’s ok, it won’t be their first time.”

Does Russia’s Faux Withdrawal Mean a New Crisis Is Coming? 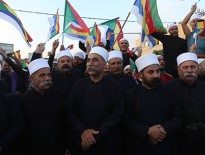 Culture & religions 5 facts about Israeli Druze, a unique religious an… 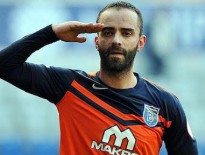 Features Turkish soccer pitches tell the story of hardening…
0
wpDiscuz
0
0
Would love your thoughts, please comment.x
()
x
| Reply
We use cookies to ensure that we give you the best experience on our website. If you continue to use this site we will assume that you are happy with it.Ok