Eight Republican members of Congress sent a letter to the Department of Justice (DOJ) on June 18, 2019, urging for Al Jazeera to be designated as a foreign agent.

Sens. Ted Cruz (R-Tex.), Marco Rubio (R-Fla.), Charles Grassley (R-Iowa), John Cornyn (R-Tex.), Tom Cotton (R-Ark.) and Todd Young (R-Ind.) as well as Reps. Lee Zeldin (R-N.Y.) and Mike Johnson (R-La.) argued to Attorney General William Barr that “Al Jazeera is not only a foreign principal but it is also owned by a foreign principal – the government of Qatar. Several members of the ruling family of Qatar have held senior positions at Al Jazeera: Sheikh Hamad bin Thamer Al-Thani, a member of the ruling family of Qatar, is the Chairman of Al Jazeera; Sheikh Abdulrahman bin Hamad bin Jassim bin Hamad Al-Thani is the CEO of Qatar Media Corporation and a Board Member of Al Jazeera; Sheikh Ahmed bin Jassim Al-Thani served as the Director General of Al Jazeera from 2011 until June 2013.”

The congressmen noted that Al Jazeera frequently promulgates viewpoints held by the Qatari government, such as the network putting the Muslim Brotherhood “in a moderate light” and hosting Hamas leaders; the Qatari government funds both organizations. Additionally, AJ+, Al Jazeera’s English channel, frequently appears “to support anti-Israeli and anti-American positions.”

Therefore, the congressmen argued, “It appears that Al Jazeera’s broadcasts, including AJ+, mirror the policies and preferences of the Qatari government, which, together with the state funding and other indicia of agency, demonstrate that Al Jazeera and its media subsidiaries act as alter egos of the Qatari government in ensuring dissemination of the government’s viewpoints.” Consequently, Al Jazeera should be required to register as a foreign agent under the Foreign Agents Registration Act (FARA), the congressmen wrote. 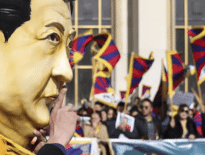 Headlines Chinese minorities in France target of a surveilla… 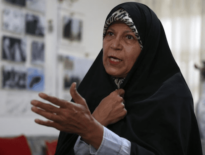 Headlines Former President’s Daughter Says Iran’…
0
wpDiscuz
0
0
Would love your thoughts, please comment.x
()
x
| Reply
We use cookies to ensure that we give you the best experience on our website. If you continue to use this site we will assume that you are happy with it.Ok