Only a barbwire separates thriving Israel from free falling Lebanon

Lebanon is in free fall. Its economy is in tatters. It has run out of oil, gas, electricity, medicine, wheat and pretty much everything that it has to import. Government services have vanished as the national currency has lost 90 percent of its value.

Ruled by the pro-Iran regime militia Hezbollah, Lebanon’s plan for digging out of its hole is more of the same: Nasrallah screams, shouts, promises to destroy the “illegitimate Zionist entity,” America and pretty much everyone.

But on Nasrallah’s watch, Lebanon has been turned into a dumpster, literally, with its rivers — such as the Litani that flows through territory that is very close to the Lebanese border with Israel — polluted and turned into sewers. 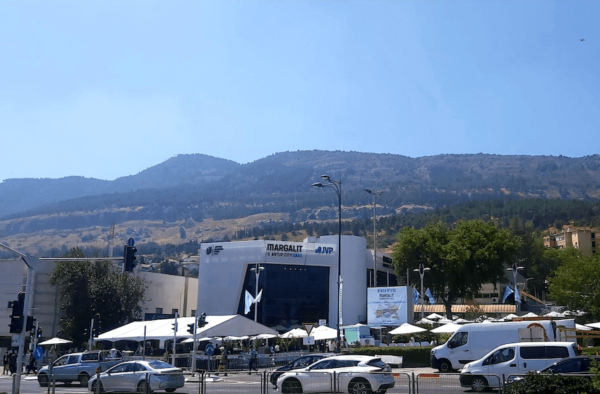 Only 17 miles (27 km) south of Lebanon’s river — now turned dumpster — the Litani, is the Israeli town — the up and coming high tech hub — Kiryat Shmona. According to the Times of Israel, the company Margalit inaugurated a new innovation center in Kiryat Shmona, focused on advancing Israeli food technologies. Attending the inauguration were representatives from multinational organizations, including Cisco, Deloitte, and Luzzatto Group, which will serve as strategic partners.

Fourteen Israeli companies presented their technologies at the event, including InnovoPro, a developer of food products based on chickpea protein in various categories such as dairy and meat alternatives; Hargol Foodtech, an Israeli startup that developed a farm system for sustainable grasshopper protein production; Green Eye, which leverages artificial intelligence and deep learning technology for better pest control; and Blue Tree, a developer of sugar-reducing technology.

While Israel enjoys cutting-edge technology that is leading the world, with branches in New York and Dubai, the Lebanese think that it is in their interest to boycott Israel.