Trending
You are at:Home»Categories»Features»Daesh at Aleppo’s Door
By Fabrice Balanche on 13 October 2015 Features, Politics

A new offensive near the key city indicates that ISIS may be racing Assad and his allies for control of northern Syria.

Beginning late last week, Daesh/ISIS forces launched an offensive north of Aleppo and overran several villages previously occupied by the rebel umbrella group Jaish al-Fatah. Daesh has been trying for months to seize the corridor between Azaz and Aleppo, which remains in the hands of rebel groups (mainly al-Qaeda affiliate Jabhat al-Nusra). But is this corridor the real target of the latest offensive, or is Daesh planning a direct invasion of Aleppo?

The rebels in these northern villages did not resist much and fled quickly before the Daesh advance. Admittedly, they were in a very difficult situation between the Syrian army to the south and Daesh to the north. Rebel units are being hit by Russian airstrikes throughout Syria and face pressure on the ground from the Assad regime offensive on the Hama and al-Ghab Valley fronts, so they are unable to counter the Daesh push north of Aleppo. In the short term, Bashar al-Assad could benefit from the fighting between Daesh and Jaish al-Fatah. But if Aleppo is the group’s real target, he could lose control of Syria’s second most important city.

For now, Daesh forces have direct contact with the Aleppo suburbs, where the Syrian army is particularly weak. The fact the Iranian general Hossein Hamedani was recently killed in the area indicates that at least some Daesh units have clashed with regime forces and their militia allies, including Hezbollah.

Previously, the Syrian army’s February campaign to surround east Aleppo failed, but a new offensive seems to be in the works, this time supported by Russian aircraft and more ground troops. As this effort unfolds in the coming weeks and months, Assad and his allies will likely try to secure help from the Democratic Union Party (PYD), a Syrian Kurdish group capable of closing the Turkish border between Azaz and Jarabulus and cutting off a major rebel lifeline (see PolicyWatch 2499, “Syria’s Kurds Are Contemplating an Aleppo Alliance with Assad and Russia”).

If this joint Assad-Russian-PYD strategy succeeds, Daesh would likewise be deprived of access to Turkey, so the group may have decided that the best defense is to attack. Ultimately, this could mean seizing Aleppo before Assad’s coalition materializes on the ground, taking advantage of the Syrian army and Jaish al-Fatah’s mutual weakness in the north. Expelling Assad’s forces from Aleppo would make Daesh the master of the north, forcing the PYD to forget its dream of uniting its Kobane and Afrin border enclaves. The Kurdish group would then have to scramble to protect Afrin from a Daesh cleansing under Turkey’s “benevolent” watch.

Meanwhile, the death of General Hamedani will likely spur Iran to intervene more robustly in Aleppo, even if the area is not Tehran’s strategic priority. The Iranian commitment in northern Syria is mainly limited to protecting the Shiite communities of Zahra, Nubl, Kefraya, and al-Fua, but the current Daesh offensive increases the threat to these enclaves.

The coming days and weeks will reveal whether Daesh is launching a powerful offensive on Aleppo city — and whether an increased pounding from future Russian airstrikes will be enough to stop it. 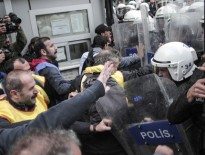 Features Turkey’s 10-Sided War With Itself 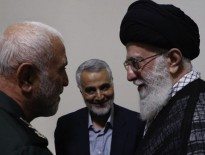 Features “Insulting Comments” for the General
0
wpDiscuz
0
0
Would love your thoughts, please comment.x
()
x
| Reply
We use cookies to ensure that we give you the best experience on our website. If you continue to use this site we will assume that you are happy with it.Ok