The Palestine Football Association (PFA), in a first testing of Palestine’s ability to fight its battle with Israel in international courts, plans to go to the world’s top court for sports in a bid to force its Israeli counterpart to view Israeli settlements on the West Bank as occupied territory rather than an extension of the Jewish state.

The potential Palestinian move follows the Palestinian Authority’s campaign to isolate Israel in international organizations and challenge Israel’s occupation of the West Bank in the International Criminal Court (ICC).

The PFA has since been unable to push FIFA towards any punitive steps against Israel. Instead, FIFA opted to monitor developments and attempt with little success to negotiate a way out of the impasse. Palestine is expected to take legal recourse if FIFA fails to take more decisive action at its next council meeting in January.

The PFA’s focus since failing to get Israel suspended has been on banning six clubs that are based in Israeli settlements on the West Bank from playing in Israeli lower divisions. FIFA rules stipulate that clubs based in a recognized federation’s territory cannot play in leagues of another soccer association without the permission of the home federation. The PFA rejects the notion of granting permission because it believes that it would legitimize Israeli settlements and the occupation.

PFA President Jibril Rajoub suggested that the PFA would take its case to the Court of Arbitration for Sport (CAS) after a seven-hour meeting earlier this month of a FIFA committee headed by Tokyo Sexwale failed to resolve the issue.

Mr. Sexwale is scheduled to visit Israel later this month for a meeting with Israeli sports minister Miri Regev. The FIFA Council is scheduled to discuss the issue at its next meeting in January. The PFA is likely to prepare its case for CAS, but wait with filing it until after the January meeting.

Israel sees the Palestinian demands and threat as strengthening the growing boycott, divestment and sanctions movement (BDS) that sees penalization as a means of forcing the Jewish state to alter its policies and ultimately withdraw from territory occupied during the 1967 Middle East war.

Condemnation of the Israeli occupation and settlements by the United Nations Security Council constitutes the legal basis for the PFA’s approach as well as potential challenges in international courts.

The strength of the Palestinian position has been weakened by changing Gulf attitudes towards Israel and Saudi and United Arab Emirates pressure on Palestine Authority president Mahmoud Abbas. Gulf states, despite paying lip service to the Palestinian cause, have become more public about their informal relations with Israel based on common opposition to expanding Iranian influence in the region.

Writing in the kingdom’s controlled press, a prominent Saudi journalist went as far as calling for the establishment of diplomatic relations with Israel. The UAE last year agreed to the opening of an Israeli diplomatic mission accredited to the Abu Dhabi-based International Renewable Energy Agency rather than the UAE government. Bahrain, as part of an agreement to host next year’s FIFA congress, has consented to issue visas to representatives of the IFA. Israeli nationals are barred from travelling to Gulf countries.

At the same time, Saudi Arabia and the UAE have been pressuring Mr. Abbas to resolve his differences with Mohammed Dahlan, the controversial former Abu Dhabi-based Gaza strongman who is an archenemy of the Palestinian president. Mr. Dahlan is widely seen as a successor to 81-year old Mr. Abbas, who would be acceptable to Israel.

Israel may be able to count on some degree of tacit Gulf support within FIFA but is likely nonetheless to ultimately have to be seen to be accepting some kind of compromise that throws a bone to the Palestinians.

The Palestinians’ focus on the Israeli West Bank teams has however raised the bar for Israel. An agreement between Prime Minister Benyamin Netanyahu and former FIFA president Sepp Blatter struck last year addresses many of the PFA’s grievances but not the issue of  the six West Bank teams. Their status goes to the heart of the Palestinian-Israeli conflict: the legal status of territory occupied by Israel since 1967.

Under the agreement, Mr. Netanyahu proposed to give Palestinian players special identity cards and place sports liaison officials at crossings between Palestinian areas and those under Israeli control in a bid to eliminate obstacles to free movement that complicated the development of Palestinian soccer. Mr. Netanyahu further suggested to create an escort service that would facilitate players’ travel between the West Bank and Gaza that are separated by Israeli territory.

Israel initially appeared to live up to its promises by granting for the first time in 15 years, a West Bank team, Hebron’s Al Ahli, passage to Gaza to play a Palestine Cup final against the strip’s Al Shejaia. Hopes that this signalled a new beginning were however dashed when the PFA cancelled the return match in Hebron after Israel agreed to grant passage to only 33 of the 37 players who were scheduled to travel. Implementation of the agreement has since evaporated.

The PFA, by putting the West Bank teams at the top of their agenda, has made it tougher for FIFA and Israel to work out a compromise that would not have implications for the future of Israeli-Palestinian peace making. Israeli is likely to want to avoid subjecting its policies to the scrutiny of an international court. Yet, that may be exactly what would best serve the Palestine Authority’s overall strategy.

Dr. James M. Dorsey is a senior fellow at the S. Rajaratnam School of International Studies, co-director of the University of Würzburg’s Institute for Fan Culture, and the author of The Turbulent World of Middle East Soccer blog, a recently published book with the same title, and also just published Comparative Political Transitions between Southeast Asia and the Middle East and North Africa, co-authored with Dr. Teresita Cruz-Del Rosario. 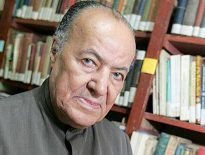 Headlines The Time Is Now For Urgent Middle East Reform 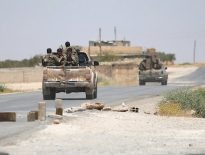 Features Roads to Raqqa: Potential Turkish and Kurdish Offe…
0
wpDiscuz
0
0
Would love your thoughts, please comment.x
()
x
| Reply
We use cookies to ensure that we give you the best experience on our website. If you continue to use this site we will assume that you are happy with it.Ok