Sultan Ibrahim Sultan Iskandar, the sovereign of the Malaysian state of Johor, does not mince his words. His repeated verbal assaults on Sunni Muslim ultra-conservatism that traces its roots to Saudi-inspired puritan interpretations of the faith constitute an anti-dote to supremacist attitudes in parts of the Islamic world that rival rising Islamophobia in the West.

Sultan Ibrahim’s statements are a response to a series of incidents in Johor and elsewhere in Malaysia. They also take on Malaysian Prime Minister Najib Razak’s use of Islamization as a tool to bolster his standing in the wake of a multi-billion-dollar corruption scandal that is under investigation in several countries and in advance of possible early elections.

The sultan’s statements are equally applicable to other countries like Pakistan where the government is seeking to convince the United States that it is backing away from support of Islamic militants that has changed the social fabric of large parts of the country. Replace the word Muslims with Westerners or Christians and Sultan Ibrahim’s remarks are equally valid for Western countries.

The sultan’s campaign contrasts starkly with moves in the West to curb expressions of Sunni Muslim ultra-conservatism and paint Muslims with a broad brush as in the case of US President Donald J. Trump’s ban on travel to the US from several Muslim countries. In Austria, a anti-immigrant politician is set to become Austria’s next chancellor after winning elections on Sunday. Switzerland has scheduled a referendum on whether to follow France and Belgium’s banning of the ultra-conservative Muslim face veil.

Addressing graduates of the Tun Hussein Onn Malaysia University in Johor, Sultan Ibrahim charged that recent declarations by two launderette operators, one in Johor and one in the Malaysian state of Perlis, that they would only service Muslim customers would lead to what amounts to apartheid-like segregation. The next step, he said, would be separate banknotes and hotel pillows for Muslims and non-Muslims to shield Muslims from touching items that were impure because they had been used by non-Muslims. The launderette orders were persuaded by authorities to rescind their decision.

“If everything is to be prohibited, we might as well live alone in the cave and not live in society,” Sultan Ibrahim said, taking to task Zamihan Mat Zin, an Islamic scholar on the payroll of the federal government’s Malaysian Islamic Development Department (Jakim), who defended the launderette owners and declared non-Muslims unhygienic.

“When banknotes may have been held by a pork seller or alcohol seller, does the government have to make Muslims-only money? What about public seats where a stray dog could have urinated or pillows and blankets in a hotel which could have come in contact with unclean elements? It would be endless,” Sultan Ibrahim said.

The sultan’s remarks take on added significance with minorities, Muslim and non-Muslim, on the defensive not only in Malaysia but elsewhere in the Muslim world, and, by the same token with Muslims in the West increasingly being in the firing line. They also have increased relevance as the world grapples with Myanmar’s persecution of Rohingya. The plight of the Rohingya is rooted in virulently nationalist strands of Buddhism and threatens to create fertile soil for jihadists at a time that Southeast Asia is struggling to limit the fallout of the territorial defeat of the Islamic State in Syria and Iraq.

Signs of creeping ultra-conservatism are evident across the Muslim world with crackdowns on LGBT in Egypt, Azerbaijan and Indonesia, the launch of a mobile dating app for polygamists in Indonesia where polygamy is legal, a rising number of instances of domestic violence in Malaysia and Indonesia, and the introduction of a strict interpretation of Sharia law in Brunei in 2014 that bars women from multiple activities, including playing soccer.

Pakistan earlier this month sentenced to death three members of its persecuted Ahmadi sect for blasphemy. The three were accused of insulting the Prophet Mohammed under Pakistan’s draconic anti-blasphemy laws by tearing down posters that allegedly included anti-Ahmadi slogans.

Ahmadis, a sect widely viewed as heretics by conservative Muslims, were banned from identifying themselves as Muslims or their houses of worship as mosques under a 1974 constitutional amendment that was inspired by Saudi Arabia. The blasphemy law was amended ten years later to include such references by Ahmadis.

Sunni Muslim ultra-conservative attitudes have taken root in Pakistan because of long-standing Saudi influence, the fallout of Saudi and US backing in the 1980s of Islamic militants fighting the Soviets in Afghanistan, Pakistani support for militants since as proxies in covert wars against India and Afghanistan, and the government’s repeated opportunistic use of religion.

Recent warnings by Mr. Trump and other senior US officials as well as a statement by the leaders of BRICS (Brazil, Russia, India, China and South Africa) that included Xi Jingping, Pakistan’s closest ally, that Pakistani support for militants constituted a threat to regional security, was a wake-up call for Islamabad. Pakistan’s electoral commission this month rejected an application by a front for one of the militant groups to establish a political party while Pakistani troops liberated an American-Canadian family that had been held hostage by the Haqqani network for five years.

Sultan Ibrahim, who ordered his Islamic affairs department to break off relations with Jakim, the federal government’s religious organ, was joined by other rulers of Malaysian states as well as the Muslim Chinese Association (MCA), a constituent member of Mr. Razak’s ruling Barisan Nasional Party, that rejected a statement by a deputy minister linking defense of Islam to the Malaysian constitution.

In a rare intervention into the country’s public affairs, the rulers said they were concerned that unity and harmony in Malaysia was being eroded as the country confronted controversial issues.

“In recent weeks, the actions of certain individuals have gone beyond all acceptable standards of decency, putting at risk the harmony that currently exists within our multi-religious and multi-ethnic society. The Rulers are of the opinion that the damaging implications of such actions are more severe when they are erroneously associated with or committed in the name of Islam. As a religion that encourages its followers to be respectful, moderate, and inclusive, the reputation of Islam must not ever be tainted by the divisive actions of certain groups or individuals,” the rulers said in a statement. 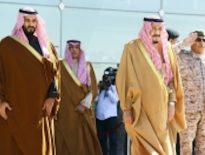 Features Saudi Royal Transition: Why, What, and When? 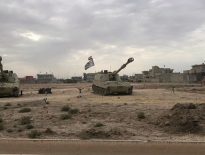 Features Iran-backed Iraqi ultimatum to Kurds to leave Kirk…
0
wpDiscuz
0
0
Would love your thoughts, please comment.x
()
x
| Reply
We use cookies to ensure that we give you the best experience on our website. If you continue to use this site we will assume that you are happy with it.Ok