Trending
You are at:Home»Categories»Headlines»Congress, don’t meet with the Muslim Brotherhood
By Eric Trager on 13 September 2017 Headlines
Amr Darrag, a senior member of Egypt’s Muslim Brotherhood, will be speaking at Georgetown University on Thursday, and he is trying to extend his speaking gig into a lobbying tour, as other Brotherhood-aligned delegations have done in the past.

U.S. officials and members of Congress would be wise to decline Darrag’s requests for meetings: The Muslim Brotherhood is an international hate group that seeks to overthrow the region’s existing governments, and Washington should have no interest in allowing the Brotherhood to score a propaganda victory by giving Darrag an audience during his visit.

These bigotries reflect the Brotherhood’s long-term political agenda: It seeks to achieve power in countries across the Middle East, after which it will unify those countries under its control and declare a “global Islamic state,” or neo-caliphate. In reality, this is a very far-fetched vision. The Brotherhood was unable to control Egypt for more than a year, and has little shot of dominating the region.

But this isn’t how Muslim Brothers see it – they are indoctrinated to believe that their organization will achieve regional control, which they equate with the victory of Islam. And the Brotherhood, therefore, regards anyone who isn’t on board — Christians, Jews, the West, Muslims who oppose it — as enemies who must either submit or be defeated.

To be sure, Darrag strikes a different image from many Islamist figures. Far from being a long-bearded firebrand, he is a soft-spoken engineer who earned his Ph.D. at Purdue University, and he briefly served as Minister of International Cooperation under Muslim Brotherhood leader Mohamed Morsi, who was elected Egypt’s president in June 2012. But Darrag’s tame demeanor belies his central role in one of the Brotherhood’s most power-hungry — and ultimately costly — decisions during Morsi’s yearlong presidency.

Darrag served as secretary-general of Egypt’s Islamist-dominated Constituent Assembly, which rammed its constitution through to ratification in December 2012. The exclusivist manner in which Darrag oversaw the drafting of the constitution, and the constitution’s restrictive language pertaining to the interpretation of sharia, reinforced widespread fears that the Brotherhood would impose theocracy in Egypt and contributed to the mass mobilization against Morsi that preceded his toppling in July 2013.

After Morsi’s ouster, Darrag fled to Qatar, and later to Turkey, where he established the Egyptian Institute for Political and Strategic Studies (EIPSS). The institute presents itself as a scholarly think tank, but it often promotes violent interpretations of Islamic texts. In one EIPSS article, for example, a Salafist writer argues that jihad is “obligatory to end the sedition of the existence of polytheism and disbelief in the land,” and writes that non-Muslims can either convert to Islam or live under Islamic rule and pay a special tax known as “jizya.”

In another EIPSS article, an Islamist youth compiles excerpts from writings of cleric Muhammad al-Ghazali, in which al-Ghazali argues for “the sacred duty of the struggling Islamic nation to wage jihad to reform every regime whose foundation is not in accordance with the teachings of Islam,” and warns against the supposed threat of secularists.

In a third piece, a Muslim Brother interprets jihad as a broadly inclusive but violent struggle against tyranny — implying a struggle against the current Egyptian government. (“Revolts against murderers and thugs can only be militant,” he writes.)

U.S. officials and members of Congress should keep this extremism in mind when Darrag requests meetings with them during his visit to Washington. While Darrag has a clear interest in lobbying against an Egyptian government that is brutally repressing the Brotherhood, American officials should have no interest in giving Darrag a propaganda victory by welcoming him into their offices. And that is precisely what Darrag will be seeking.

In recent years, Brotherhood delegations have publicized meetings with administration officials that were meant to be off-the-record and exaggerated their outreach to Congress, including the posting of photos and videos of their meetings with Hill staffers.

Indeed, the Brotherhood wants to appear accepted in Washington’s corridors of power, even as it otherwise promotes a hostile political vision. Washington should respond by demonstrating its awareness of Darrag’s violent advocacy and sending him back to Istanbul with a blank schedule.

Eric Trager, a fellow at the Washington Institute for Near East Policy, is the author of “Arab Fall: How the Muslim Brotherhood Won and Lost Egypt in 891 Days.” 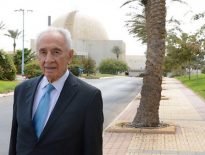 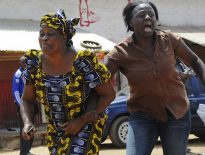 Commentary Why do Christians hesitate to rise up on anti-Chri…
0
wpDiscuz
0
0
Would love your thoughts, please comment.x
()
x
| Reply
We use cookies to ensure that we give you the best experience on our website. If you continue to use this site we will assume that you are happy with it.Ok