Main opposition Republican People’s Party (CHP) leader Kemal Kılıçdaroğlu has strongly criticized the government’s willingness to send Turkish soldiers to a Libya mission, expressing his party’s fierce opposition to any decision that would result in spilling the blood of Turkish soldiers abroad.

“The foreign policy lacks depth, history and expertise of the foreign ministry. It’s purely based on the Muslim Brotherhood. Both the Syria policy and the one on Libya will bring more harms than gains to Turkey,” Kılıçdaroğlu said at a meeting with journalists in Ankara Dec 27.

Kılıçdaroğlu was commenting on Erdoğan’s statement on Dec. 26 that indicated his government’s decision to seek a parliamentary consent for sending troops to Libya to defend the U.N.-backed Government of National Accord (GNA) in Tripoli against General Khalifa Haftar forces which receives military support from Russia, Egypt and United Arab Emirates.

Calling on the government to take lessons from its wrong Syria policy and not to repeat them in Libya, Kılıçdaroğlu asked, “What were the gains of Turkey as a result of Syria policy? Is Turkey winner or loser? Even ordinary men on the street would tell you how wrong was the Syria policy. This is where you end up if you follow Ihvan-based policy.”

Ihvan or Muslim Brotherhood is a political Islamic movement that was born in Egypt and spread out to many Arab countries. Egypt and Gulf countries, particularly Saudi Arabia and UAE consider the group as terrorists and arrested many of its members in the aftermath of July 2013 coup staged in Egypt that ousted Mohammed Mursi.

Turkey suffers from hosting 3.6 million Syrians as a result of wrongful Syria policy since 2011, and many more refugees are moving towards the Turkish borders fleeing from violence in the Idlib province, Kılıçdaroğlu said.

Are we going to fight with Egypt in Libya?

Kılıçdaroğlu recalled the news reports suggesting that Egypt had deployed more tanks to Libya after Turkey’s statement that it will send troops, asking “Egypt has sent its tanks to Libya. What will happen now? Will our troops fight against Egypt in Libya? We don’t want our soldiers to be martyred on the Arap deserts.”

Kılıçdaroğlu said his party will not vote in favor of a motion to be submitted to the parliament and called on all the parties to follow the same line.

“It’s not right to take a side in a conflict in another country by labeling the other side as enemy. We don’t find right to send our troops to a conflict where they can lose their lives,” he said.

by Hurriyet time to read: 2 min 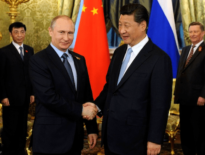 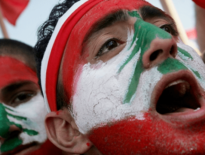 Headlines The United States Can Offer the People of Lebanon …
0
wpDiscuz
0
0
Would love your thoughts, please comment.x
()
x
| Reply
We use cookies to ensure that we give you the best experience on our website. If you continue to use this site we will assume that you are happy with it.Ok