Trending
You are at:Home»Categories»Commentary»Choosing Iran’s Next Supreme Leader
By Mehdi Khalaji on 5 February 2016 Commentary

While the Experts Assembly elected this month may be formally tasked with appointing the elderly Khamenei’s successor, the real decision will likely be made by other power centers that could wind up controlling the new Supreme Leader.

On February 26, amid the latest round of parliamentary elections, Iranians will vote to determine the composition of the Assembly of Experts. Although this body is usually of marginal importance at best, it may have a significant role to play in the succession process during its next term, so this election bears watching.

WHAT IS THE ASSEMBLY OF EXPERTS?

In practice, the assembly’s sole remaining function is to appoint a new Supreme Leader when the current leader dies or is unable to carry out his duties, so the institution has been largely idle for almost three decades. Yet the eighty-eight ayatollahs who win the next assembly election will occupy their seats for eight years, and given Supreme Leader Ali Khamenei’s advanced age (77), most observers speculate that they will face the challenge of appointing his successor. This prospect makes the upcoming vote more meaningful than normal, not only for various factions within the regime, but also for citizens who are traditionally much less enthusiastic about assembly elections than presidential, parliamentary, and municipal elections.

WHO ARE THE ASSEMBLY MEMBERS?

While the constitution is silent about the qualifications of assembly members, the body itself decided years ago to exclude non-ayatollahs (Article 108 of the constitution allows the assembly to set its own regulations, a right not granted to any other government body). Each member must be a mujtahid — that is, a Shiite jurist who has studied enough to gain the right of ijtehad, the intellectual ability to interpret religious texts and have his own opinion on Islamic law (sharia). Each candidate must possess a reputation for adherence to religion and morality, sound political and social views, strong belief in the Islamic Republic of Iran, and a clean criminal record — all of these qualifications were established by the second assembly (1984-1991).

The crucial condition is ijtehad. Because the regime owes its legitimacy to the ruling ayatollah and regards its ultimate duty as implementing sharia, it has loaded ijtehad with unprecedented political meaning and functions. Despite the Supreme Leader’s extensive personal control in Iran, the Shiite clerical authority is not formally centralized like the Catholic papacy, so the government could not afford neutrality toward the theological and juridical qualifications of those who might want to take government positions or otherwise influence the decisionmaking process and public opinion. Therefore, the Guardian Council — a much smaller twelve-seat body whose members are appointed directly or indirectly by the Supreme Leader and wield wide-ranging powers — has been given responsibility for monitoring the religious qualifications of parliamentary and Experts Assembly candidates (see PolicyWatch 2548, “Iran’s Parliamentary Elections: Inside the Candidate Approval Process,”http://washin.st/1nC4g8Z). This means that individuals who wish to play a role in government using their religious credentials need to meet the criteria of regime authorities, even if they are well known as mujtahids by the clerical establishment.

The converse is true as well — if the regime wants to let a cleric occupy a position that is exclusively designated for an ayatollah, it will not hesitate to use political considerations and “regime interests” to justify declaring that candidate as an ayatollah even if he lacks the necessary religious credentials and educational background for that title. Even Khamenei himself was not called an ayatollah until just after he was appointed as Ruhollah Khomeini’s successor.

This deep regime intervention has weakened the clerical establishment’s authority and distorted the educational system and hierarchy. It has also fabricated a new class of ayatollahs who have little social influence but made their way up the ladder through state media propaganda, other government resources, and politicking. Traditionally, ayatollahs were clerics who were broadly revered in the locales where they resided. Even if they decided to collaborate with the government, they did not owe their authority to the state — they acted as autonomous social and religious authorities. Yet regime interference has transformed this hierarchy and diluted the Experts Assembly, whose formal constitutional authority to supervise the Supreme Leader has been wiped away in practice.

This is especially true since Khamenei came to power in 1989. He has marginalized any well-established ayatollahs who might question his religious credentials, instead promoting low-ranking clerics whose political power and financial gains depend on him and the regime apparatus. When such clerics inevitably win seats on the Experts Assembly, they have no significant social power base or intrinsic clerical credentials, so they tend to avoid making any decisions that would harm the interests of regime stakeholders or infringe on Khamenei’s authority. By tasking the Guardian Council with persistently verifying each candidate’s loyalty to him, Khamenei has made the assembly a ceremonial institution that passively supports all of his positions and lends him unconditional legitimacy.

Given this decades-long dilution, the assembly is hardly in a position to autonomously determine who the next Supreme Leader will be. For the upcoming election, the Guardian Council has approved only 166 out of 801 candidates. The overall field is so small that 9 candidates will face no competition for their seats, and the majority will have a 50 percent chance of victory. Iranian “moderates” had hoped to use their recent diplomatic success (e.g., the nuclear deal) to force the Guardian Council to approve their candidates, but they are now in despair. The candidacy of Hasan Khomeini, grandson of the Islamic Republic’s founder, was emblematic of their desire to change the equation in the assembly and influence the succession process, but his disqualification demonstrated the hardliners’ determination to maintain their monopoly over all such decisionmaking.

SUCCESSION PROCESS WITH NO PATTERN

Although the Islamic Republic has a clear legal procedure for designating the Supreme Leader, it has never been followed. Khomeini was a charismatic revolutionary leader who took the office naturally without any institutional decision. And after Ayatollah Hossein Ali Montazeri was formally appointed as his successor, Khomeini had a bitter dispute with him and nullified the appointment only two months before dying in 1989 — a decision that only the Experts Assembly was permitted to make under the constitution.

Ayatollah Khamenei was appointed on equally shaky grounds. The assembly first named him as successor at a time when the constitution mandated that the Supreme Leader must be a marja — that is, a grand ayatollah who had a considerable number of religious followers and was considered a “source of emulation.” Khamenei did not meet that criterion, so the assembly had to reappoint him three months later, after the marja requirement was removed from the constitution and the amended charter was approved by a supervisory council and a national referendum.

WHAT TO EXPECT FROM THE NEXT SUCCESSION

In his published diary from 1989, prominent regime figure Akbar Hashemi Rafsanjani noted that the heads of the government’s three branches were holding regular private meeting with Ahmad Khomeini — the Supreme Leader’s son and a major political player — to discuss succession several months prior to his death. In contrast, the Experts Assembly appointed Khamenei in a single session lasting only a few hours, suggesting that the decision had already been deliberated outside the assembly for some time by a handful of regime elders.

Today, the appointment process will likely be even more complicated. In 1989, a combination of factors — including Khomeini’s charismatic leadership, the eight-year war with Iraq, and the domestic operations of militant opposition groups — helped to nourish a certain ideological zeal among Iran’s various power centers, sideline divisive factors such as economic motivations and egoism, and maintain civilian political authority. Despite the regime’s heavy involvement in Iran’s military confrontations with domestic and foreign enemies, political decisions were made by civilians, and the Islamic Revolutionary Guard Corps (IRGC) was totally subordinated to civilian power circles. Moreover, several grand ayatollahs such as Abu al-Qasem Khoi, Mohammad Reza Golpayegani, and Shahab al-Din Marashi Najafi were still alive, and the clergy enjoyed a relative independence inherited from the pre-revolution era.

The political map has changed entirely since then, however. The IRGC is now a military, political, cultural, and social complex with a nationwide network parallel to the religious network — for example, next to nearly every mosque is a base for the IRGC’s Basij militia. The Guards also hold direct or indirect control over a significant portion of Iran’s economy. Although they have managed to remain outwardly united under Khamenei’s leadership, their broad reach has spawned different factions with sometimes incompatible interests. When Khamenei dies, the IRGC will use all means possible to shape the appointment of his successor, but factional politics could lead to conflict within the organization. If the IRGC maintains its unity after Khamenei and swiftly solidifies its internal leadership, the transition to the new Supreme Leader is more likely to be smooth. Yet a crippling crisis within the Corps might jeopardize the stability of the entire political system.

Aside from the IRGC, few other power centers will be able to weigh in on the succession decision. The giant political figures, ideologues, strategists, and other leaders who mobilized people during the Islamic Republic’s first decade have since been marginalized. Dozens of new political institutions have been created under Khamenei, many of them with parallel functions, so their overall role has been undermined — the Supreme Leader broke the big stone into a thousand pieces so that he could more easily control certain institutions while tolerating potential opposition from others. Any powerful individuals or circles who seek to influence the succession process may therefore be out of luck, since they lack the informal means of heavily swaying the decision on their own and have also been excluded from the formal means (i.e., the Experts Assembly).

As for who will become the next Supreme Leader, speculation is risky at this point. One of Khamenei’s sons, Mojtaba, is rumored to be a potential candidate, but he lacks the religious and political credentials. He has been reluctant to appear in public, and his reputation among most Iranians is shaped by his notorious association with the Basij and the intelligence services. Furthermore, the regime’s revolutionary and antimonarchial nature has little stomach for hereditary succession.

Any other names are also sheer speculation. What matters more than the identity or personality of the next Supreme Leader is that he will enter office at the choosing of powerful forces, so he will likely owe the IRGC, the intelligence services, and the judiciary more than they owe him. In other words, Khamenei’s institutional children will be next leader’s institutional elder brothers, protecting him and perhaps controlling him as well.

Mehdi Khalaji, a Qom-trained Shiite theologian, is the Libitzky Family Fellow at The Washington Institute. 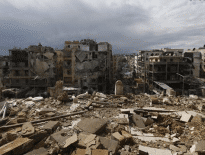 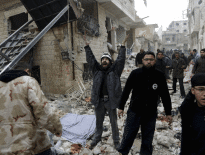 Commentary After four months, Russia’s campaign in Syria is…
0
wpDiscuz
We use cookies to ensure that we give you the best experience on our website. If you continue to use this site we will assume that you are happy with it.Ok