Trending
You are at:Home»Categories»Features»Benazir awaits justice 11 years on
By Wajid Shamsul Hasan on 28 December 2018 Features

On the 11th death anniversary of Benazir Bhutto, Hasan, who was a former Pakistan High Commissioner to the UK, paid tribute to the slain leader while speaking to this correspondent as the Pakistan Peoples Party (PPP) commemorated the day with a ceremony at Garhi Khuda Baksh where Asif Ali Zardari and Bilawal Bhutto delivered fiery speeches.

He said the killing of Benazir Bhutto and details of the plot and the cover-up are an open secret yet the killers remain at large. “When I visited Islamabad, a policeman asked me if I wanted to know who actually killed Benazir Bhutto? When I asked him to explain he said that the person who ordered the crime scene to be washed was the actual killer. When she arrived in Karachi, terrorists bombed her caravan and the interesting thing is that fire brigade and water tankers were already present on the scene to immediately wash away the crime scene and the same method was used in Rawalpindi when she was assassinated in Pindi,” he said.

Hasan added the then administration of Pervez Musharraf was responsible for the killing and a senior serving military officer said in on record during the trial that the order to hose away the crime scene came from the presidency,” said Hasan.

Several senior PPP leaders had questions to answer, he said, referring to the UN report, which said that the then interior minister didn’t cooperate with the inquiry and discouraged the inquiry team.

“I have seen the former minister making excuses. If the UN has objections then Rehman Malik should give a detailed reply. People want to know what happened. The UN team should have met me and I could have told them what actually happened and what the martyred leader had confided in me. Pervez Musharraf repeatedly told her that she was not popular and that she should abandon her plan of coming to Pakistan,” the former high commissioner said.

He recalled that before her departure for Pakistan they had coffee together at the Harrods. “I advised her again that she should not return to Pakistan but then she insisted that I should stay back in London and not go with her. She looked at a passing double-decker red bus passing from outside and said that one could die falling under the bus so its better to die fighting for a noble cause.”

Hasan’s association with Bibi covered a span of over three decades until her death. They were introduced to each other in in Shimla in 1972. Their relation was cemented after General Zia’s coup against Zulfiqar Ali Bhutto.

Hasan said that Benazir was maligned and was declared a security threat but Pakistan came first to her always. “Her detractors never let go any opportunity to declare her a security risk. I remember that when Pressler Amendment (1985) was on the anvil by the [US] Congress to impose economic sanctions on Pakistan and to stop aid under General Ziaul Haq, it was Benazir Bhutto in exile who pleaded with the Americans not to punish Pakistan on account of General Zia and convinced the American Congress leadership not to impose economic sanctions or to stop US aid as such a step would be detrimental to Pakistani people,” he said.

“She went out of the way to plead with the American leadership for Pakistan’s sake. Obviously it was Pakistan first and foremost for her.” 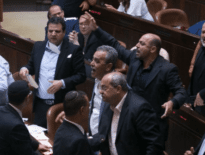 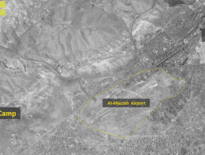 Headlines Iranian Target Near Damascus ‘Completely Des…
0
wpDiscuz
0
0
Would love your thoughts, please comment.x
()
x
| Reply
We use cookies to ensure that we give you the best experience on our website. If you continue to use this site we will assume that you are happy with it.Ok