Trending
You are at:Home»Categories»Features»Bashar Assad’s perilous dance with Iran
By Michael Young on 19 May 2015 Features

The latest story from Syria this week, published by The Daily Telegraph, was that Ali Mamlouk, the head of Syria’s National Security Bureau, had been placed under house arrest for having had contact with Turkish intelligence and Rifaat Assad, the exiled uncle of Bashar Assad. Almost immediately the story was debunked, and Wednesday Mamlouk was shown sitting next to President Bashar Assad in a meeting with Iranian officials.

The context of Mamlouk’s reappearance was designed to dispel rumors that he was unhappy with the growing influence of Iran in Syria. An unidentified source had told The Telegraph: “Most of the advisers at the presidential palace are now Iranian. Mamlouk hated that Syria was giving her sovereignty up to Iran. He thought there needed to be a change.”

Much the same rationale was used to explain what happened to Rustom Ghazaleh, Syria’s former intelligence chief in Lebanon. He, too, was said to be chafing because of the expanded role of Iran and its militia ally Hezbollah in Syria, leading to his fatal beating by the men of another intelligence chief. The story could have been untrue, but the implications were very real. Ghazaleh and Mamlouk were, or are, Sunni. For a majority of Syrians, the appearance of an Alawite-led regime now controlled by Shiite Iran can be quite damaging.

Or can it? Assad gave up any pretense of heading an Arab nationalist regime when, in 2011, he took the conflict in Syria in a sectarian direction. He always knew that by ordering his men to fire on unarmed protesters and labeling them Muslim extremists, he would provoke rising secterian tensions between Alawites and Sunnis. This was convenient, in his mind, because it would rally the Alawites and other minorities, who, benefiting from superior military firepower, would unite in crushing the uprising.

The calculations were off by a mile, however, and now Assad is discovering what motivated his father even as he initiated Syria’s strategic relationship with Iran in the 1980s. Hafez Assad had no qualms about going against the Arab consensus in those years, knowing it would expose his regime to accusations that it was working against the Sunni majority in the region. But he was also very careful in ensuring that Iran’s influence in Syria and its backyard of Lebanon remained limited, in that way retaining credibility in the Arab world and allowing him to maintain his ties with Saudi Arabia and the Gulf states.

In other words Assad never became dependent on Iran. Rather, he ensured that Tehran would continue to depend on Syria to project power on Israel’s border, through Hezbollah in south Lebanon. The Golan Heights was off limits to Iran, and Assad employed Hezbollah as a convenient instrument to strengthen Syria’s own leverage with Israel. It was a delicate balancing act that the late Syrian president carefully maintained, one that allowed him to compensate for Syria’s own military deficiencies.

Bashar Assad has overturned all this. He never grasped what his father understood, namely that once the sectarian doors were opened wide in Syria Alawites risked being swallowed up by the consequences. That is why Hafez Assad always ensured that an Arab nationalist film was there to cover his otherwise deeply sectarian regime. It was important both domestically and regionally that Syria represent itself as very much a part of the Arab world – indeed be seen as a vanguard of Arab aspirations.

Bashar is learning the importance of political illusion. After Hafez Assad crushed the Muslim Brotherhood in Hama in 1982, he followed this with a program to build mosques and religious schools to strengthen his Muslim legitimacy (it was also a way of keeping tabs on those who worshipped in the mosques or enrolled in the schools). Yet Bashar has done nothing to revive his credibility. Even supporters of the Assad regime today don’t view him and those around him as representing anything more than mechanisms for their own survival.

In this regard Iran’s assistance has only contributed to an ambient sense that Assad has given everything away; it embodies his bankruptcy. Syria, for decades regarded as an indispensable Arab actor, has become a cipher. How Assad hopes to revive his leadership on such an unsteady foundation is incomprehensible, another facet of his self-delusion.

That the Syrian president has not thought beyond his own political survival reveals the hollowness of Assad rule. He has shown no concern for reinforcing his power by anchoring it in a diversity of domains that can balance, and neutralize, each other. That may sound absurd given how his regime has engaged in mass murder. But Syria’s war has also led to great fatigue, and Assad has not bothered to exploit this to his advantage. He is as recklessly inflexible today as he was in 2011.

Assad must be careful. At some stage his allies in Tehran and Moscow, realizing they can build nothing solid on the back of this Syrian president, may search for alternatives. That won’t be easy, but unless Assad’s backers feel he has a good chance of resurrecting his authority they will begin hesitating before pouring more money and lives into a lost cause. There are Alawites reportedly willing to take on the president’s role.

Hafez Assad spent much of his career perfecting mechanisms to consolidate his power. In the space of 11 years Bashar has destroyed his father’s sinister, if solid, edifice. There is nothing to regret there, except that in wanting to defend this legacy, Bashar has killed over 200,000 people. Good health, in the sense of crime, means not having to engage in slaughter; a threat alone should be sufficient to maintain order. But Assad is not in good health, nor is his regime. Iran is investing in spoiled goods, and woe to Assad when it finally admits this.

Michael Young is opinion editor of THE DAILY STAR. He tweets @BeirutCalling. 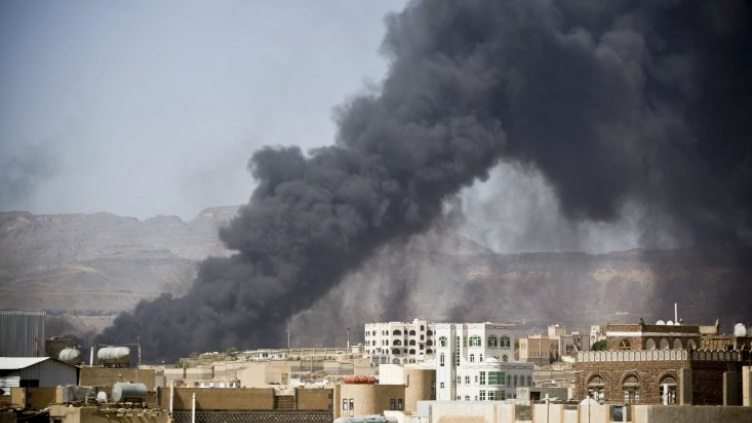 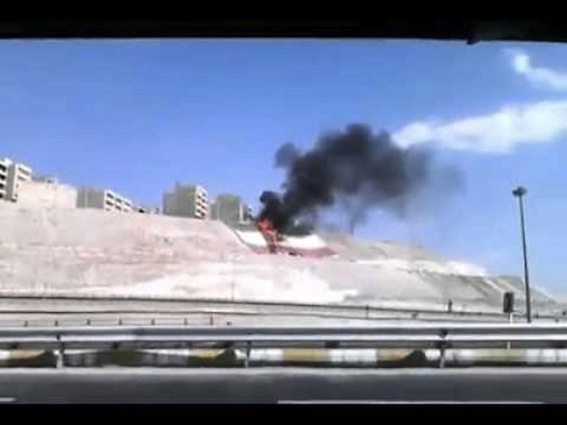 Magazine Ethnic tensions spill onto Iranian soccer pitches…
0
wpDiscuz
We use cookies to ensure that we give you the best experience on our website. If you continue to use this site we will assume that you are happy with it.Ok