Trending
The ongoing operations in Yemen – diplomatically supported by the Erdoğan government – and prospects of a Joint Arab Defense Force are of critical importance for the Middle East, and will also impact Turkey’s standing in the region. In order to explain the complex calculus, it is necessary to analyze Operation Decisive Storm through a military lens and then look at possible scenarios involving Turkey’s response to the concept of an “Arab NATO” – particularly in light of bilateral relations with Saudi Arabia and Egypt. 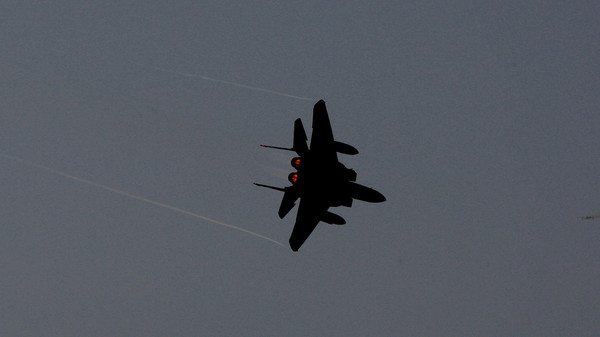 Advanced military planning and execution, plus limited but crucial US support

As IHS Jane’s reported, “when Operation Decisive Storm began on 25 March, Saudi Arabia released a statement on behalf of itself, Bahrain, Kuwait, Qatar, and the United Arab Emirates (UAE) announcing that the Gulf states had launched an intervention at the request of Yemeni President Abd Rabbuh Mansur Hadi. Three days later, Saudi spokesman Brigadier General Ahmed Asiri showed a slide claiming that 12 unidentified countries were involved in the operation.”[1]

Interestingly, a few days following the outset of Operation Decisive Storm, the Arab leaders agreed to form a joint military force at the Sharm el-Sheikh summit hosted by Egyptian President Abdel Fattah al-Sisi. The planned 40,000-personnel force, which will be approximately twice the size of the NATO Response Force, will be based in Egypt and led by a Saudi officer at the helm.[2]

From a military standpoint, the air campaign in Yemen seems promising for the Gulf Arab armed forces thus far, and has shown a certain level of maturation for complex military planning and execution.

Arab tactical aviation has been the primary strike force in Yemen. At the initial stage, it included some 170 modern strike aircraft consisting of some 100 Saudi F-15s and Tornados, about 30 F-16s and Mirage 2000s from the UAE, and several F-16s from Bahrain, Jordan, and Morocco.[3] Subsequently, the Egyptians joined the campaign with a particular focus on securing the navigation in the Red Sea and protecting the Bab al-Mandab Strait.

In the course of the operation, following the successful “Suppression of Enemy Air Defenses” (SEAD) mission, the Saudi-led campaign began targeting the Houthi command & control (C2) systems. Meanwhile, the initial target set that hit the Houthi air defenses, arms depots, and lines of communication might suggest an effort to pave the way for a follow-on ground incursion.

Although there has not been any strategic military incursion yet, it is now being reported that the Saudi Special Forces have been operating in deep hostile territory to accomplish “critical missions such as supplying weapons and communications equipment to militia loyal to President Hadi in the main southern city of Aden.”[4] Such level of operational planning reflects the very existence of sophisticated military thought, albeit it is reported that at the beginning of the campaign, a dozen US military personnel took part “in a joint planning cell at an undisclosed base in Saudi Arabia.”[5]

So far, the US support has come into prominence as intelligence assistance, which is a key aspect of any air-ground operation to prepare and update the target set. Moreover, the US Air Force’s KC-135 Stratotankers are reported to conduct air-refueling for F-15 and F-16 fighter jets of the Gulf States operating over the Yemeni skies.[6] Technically speaking, close-basing to target areas, coupled with successful air-refueling capacity, can boost sortie rates that would enable the delivery of more munitions in shorter time. Besides, air-refueling would prolong the loitering time of the tactical air assets, which is a key issue against pop-up, time-sensitive targets such as mobile militant concentrations. While operating bases close the zone of action, i.e. Khamis Mushait, would necessitate little or no air-refueling support; more distant bases, i.e. King Abdulaziz in Dhahran, would be in need of air-refueling missions.

The Turkish perspective: challenge or opportunity?

On Turkey’s end, the emergence of a Joint Arab Military Force in light of the aforementioned operational performance has several consequences. Through a grand strategic lens, if the force functions as planned, the Arab initiative would suggest the rise of another dominant military actor in Middle Eastern security calculus. Thus, in addition to Israel and Iran, Turkish strategists might have to consider another stakeholder in their regional policy planning. As put forward by some analysts in 2014, the emergence of an “Arab NATO” might be taking place right now at Turkey’s doorstep.[7] Moreover, such an “Arab NATO” would enjoy more successful defense economics than the original one. It is important to note that, unlike the transatlantic allies and NATO’s “key principle of 2%”, no GCC members fell below the 2% military expenditure-to-GDP percentage. Saudi Arabia was even able to sustain a minimum 8% military expenditure-to-GDP balance for years.[8] Furthermore, especially in the GCC area, military procurement trends are skyrocketing. The GCC states acknowledged arms deals totaling more than $75.6 billion between 2008 and 2011.[9]

Within this Arab initiative, the Saudis and the Egyptians hold a special place to which Ankara should pay extra attention. Some analysts reported that the ongoing operation in Yemen “also reflects the emergence of the two younger leaders rather than the king himself: the Deputy Crown Prince Muhammad bin Nayef and the Defense Minister and Royal Court chief Prince Muhammad bin Salman. Such a proactive policy is not in traditional Saudi style (…) and these two younger leaders played the key role in pushing for it.”[10] This assessment would mean that Riyadh could be on the eve of a paradigm shift after King Abdullah, and such a shift could play a significant role in the future of Turkish–Saudi relations. This could either enable more room for a Turkish–Saudi axis to counterbalance Iran, or a more unlikely strategic competition over the regional dominance between Ankara and Riyadh.

When it comes to Cairo, Turkey’s position seems more problematic. Given the special relations between the ousted Egyptian Muslim Brotherhood administration and Turkey under the Justice and Development Party, up until now Ankara has been a harsh critique of the Al-Sisi rule in Egypt. So much so that President Recep Tayyip Erdoğan even slammed Al-Sisi describing him as “an illegitimate tyrant.”[11] Both Turkey and Egypt expelled their respective ambassadors, and the two nations have been fiercely competing in regional issues since then. At this point, it should be underlined that it was Cairo that openly stated the prospects of deploying ground forces in Yemen, and that the planned joint Arab Force will be based in Egypt. Therefore, unless Turkish–Egyptian relations are restored, something that was voiced as a realist necessity by some top Turkish political figures,[12] Cairo’s active involvement in the new defense initiative might disturb Turkey’s interests.

Besides the consideration of relations with Saudi Arabia and Egypt, Qatar looms large as a key partner for Turkey, especially following the recent military cooperation deal which includes training and defense-industrial projects, as well as authorization for troop deployment in each other’s territories.[13] Therefore, Doha could be a good lever and partner for Turkey within the new Arab defense initiative.

Last but not least, Iran’s rising dominance in the region and Turkey’s geopolitical imperative of keeping an acceptable Turkish–Iranian strategic balance could be a major factor in shaping Ankara’s perspective vis-à-vis the joint Arab Force. In this regard, it is important to note that President Erdoğan declared Turkey’s support to the Saudi-led operations, while criticizing Iran’s position in Yemen as well as in Iraq.[14]In conclusion, the emergence of an Arab joint force could bring about pros and cons for Turkey, depending on its bilateral ties with the Arab states, along with the regional strategic balance in the Middle East. Especially “the Iran factor” is expected to play an important role in Turkey’s stance towards the new initiative. It would be vital for the Turkish elite to recognize the Kingdom’s rise in the Arab world, as well as the critical role of Egypt as the only actor that could provide a viable land force for the joint defense force.

*Assistant Professor Dr. Can Kasapoglu is a Research Fellow at the Istanbul-based think-tank, the Center for Economics and Foreign Policy Studies, and a faculty member at the Girne American University. Dr. Kasapoglu holds a Ph.D. from the Turkish War College, and an M.Sci. degree from the Turkish Military Academy.