The whole existence of these parties, starting from the Arab-Jewish “Mapai” party, otherwise known as Hadash, through the “Muslim Home” party called Ra’am and the “Palestine Beiteinu” party that answers to the name Balad, is to serve as a fig leaf that covers the nakedness of Israel’s so-called democracy.

There’s not much that can be said about the movements of lone wolf Ahmed Tibi, who during his political life has ridden to the Knesset on the backs of all three parties. Ideology was never too important to him. From his perspective the goal of Knesset membership sanctified all his party-hopping.

The increased electoral threshold before the last election pushed all of the above parties to take shelter in the Joint List, which won 13 Knesset seats. But its weakness was quickly revealed when arguments broke out among its components over implementing a rotation agreement, exposing the ugly side of the Arab politicians who purport to represent the real interests of the citizens who sent them to the Knesset.

13 seats are the most the Joint List will get according to the polls, and that’s on a good day. Since they will never be counted in any coalition calculation, their existence is worthless. It could be that the party offers a perfect work arrangement for 13 screamers in the Knesset plenum, but there’s a fly in the ointment. The problem is that they are serving the public relations of the State of Israel. So long as they are sitting in the chamber and making fiery speeches, they will continue to beautify the state to the world, making it look like a vibrant democracy, allegedly the only one in the Middle East, which to western eyes looks like a dying camel.

So long as this is the case, one can assume that many will come to the conclusion that the Joint List, as it’s being managed now, serves no purpose. They won’t “head to the polls in droves,” as Benjamin Netanyahu quipped in the last election, so the list will lose a lot of votes and won’t even get its 13 seats.

As someone who knows how Arab politicians think, I’m certain that they won’t be willing to yield their seats, their nice salaries and the honor of walking arm-in-arm at the head of the periodic marches. But Arab citizens won’t derive any benefit from these politicians.

Therefore, Arab citizens have two choices or two opportunities to tell the world something of value.

One option is to disrupt the political and civic system by boycotting the upcoming election. This option would burst the prime minister’s bubble. To the battle cry “the Arabs are heading to the polls in droves,” Arab citizens must respond, “the Arabs are boycotting in droves” the scam of Israeli democracy.

The second option is, should they nonetheless decide to vote, for them to demand from their MKs to announce in advance that in the event their seats tip the balance they will not agree to be a mere blocking minority. They must come with concrete demands, starting with the revocation of discriminatory laws and ending with control of government ministries. That’s the way to bring about a profound change in Israeli society.

Since political imagination is a rare commodity among the Arabs and their leaders I don’t foresee such a thing happening. What has been, will continue to be. All of us will continue to wallow in nothingness.

Arabs, boycott the election in droves 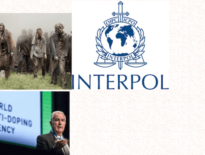 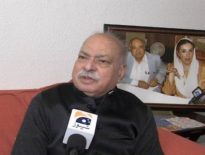 Features Benazir awaits justice 11 years on
0
wpDiscuz
0
0
Would love your thoughts, please comment.x
()
x
| Reply
We use cookies to ensure that we give you the best experience on our website. If you continue to use this site we will assume that you are happy with it.Ok