New Arab city will perpetuate inequality We should oppose the construction of a new Arab city on principle. From here it’s a short distance to pushing Arab citizens out of so-called ’Jewish’ cities.

This week we were informed that not just a new settlement, but a major Israeli city is slated to be built in the Galilee “for the Arab population,” as reported in the media. The city’s planners are said to consider its construction a righting of decades-old wrongs and are calling it “a process of affirmative action.”

Should we rejoice? Ostensibly, yes. At last, positive steps are being taken and they should be welcomed by Arab citizens. But on second thought, the planned city is liable to act as a boomerang and strike the Arabs. For that reason, anyone to whom civil rights are important should oppose the construction of the city in the proposed format.

The fact is that there has been long-standing institutional discrimination against the Arab population, of which the housing shortage is but one aspect. But the proposed plan to build an Arab city is not an answer, since it is actually liable to exacerbate the discrimination.

There are other ways of solving the housing shortage in Arab communities. It can be done by preparing master plans, expanding the area of jurisdiction to state lands on which well-kept urban neighborhoods will be built, with high-rises that will be open to all citizens regardless of religion, race, etc.

We should remember that not only discrimination on the part of Israeli governments is responsible for the failure of development in the Arab communities. There are other causes related to the conduct of Arab society itself. One cause is the ethnic and family-based structure from which Arab society is unable to free itself. Another is related to land ownership. The land in Arab communities is privately owned, and every last centimeter of the property is used for construction, in violation of the planning laws that require maintaining a distance from the street.

That is also the reason why there are no public parks in Arab communities, no sidewalks for pedestrians and no orderly parking places. The result: communities that are heaps of cement and asphalt. That’s why there are often reports of Arab children hit by vehicles in their own communities, sometimes by family members.

The planners of the Arab city are calling the step “a message to the Arab population that new communities are not being built only for Jews, but for Arabs too.” Well, that’s precisely the problem. Apparently, the planners want to intensify and perpetuate the ethnic separation, which exists in Israel in any case, instead of engaging in rational planning that would bring about an end to it.

We should oppose the construction of such an Arab city on principle. Because under the heading “an Arab city,” the plan in effect is an attempt to expand the concept of a “communal settlement” and apply it to an urban community. From here it’s a short distance to pushing Arab citizens out of so-called “Jewish” cities. It’s another step on the way to apartheid.

If we still want to build a new city that will meet the needs of the public, we have to determine in advance that in its jurisdiction the construction of houses of worship of any type be prohibited. Instead of a synagogue there will be a library, instead of a mosque a cinematheque, instead of a church a school of music and instead of a khalwat [Druze house of prayer] a university. Anyone who wants to observe his religion is requested to do so quietly at home.

The public space will be devoid of religion, shared by all the city residents and without religious characteristics or any kind of religious coercion. That is the plan in modern times for a tolerant, multicultural and normal city. 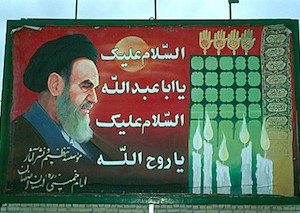 Commentary Iran’s Next Supreme Leader and the Nuclear Deal…