Trending
You are at:Home»Categories»Features»Annual Consumption of Alcohol in Iran: 420 Million Liters!
By Rooz on 27 July 2015 Features
Firoozeh Matin

Merely a week after the end of the fasting month of Ramadhan, a senior official at Iran’s ministry of health revealed that 420 million liters of alcoholic is consumed in a country that has completely banned the use of any alcohol for the past 36 years. While government or government-affiliated websites in Iran expressed shock about this number an online radio station announced that globally Iran occupied the 19 position in the use of alcohol.

Speaking at a news conference on Wednesday, Ali Akbar Sayari, the deputy minister of health for treatment and education, said, “420 million liters of alcohol are consumed in Iran annually which will result in various epidemics.” He also called for an agreement between the government and law enforcement forces to intensify activities to combat the use of alcohol in Iran.

Sayari also referred to cigarette consumption in Iran and said, “65 million cigarettes are consumed annually in Iran, which means 10 billion Toman are wasted. 30% of cigarettes are traded in the black market while this number stands at 10% in other countries similar to ours. This is an area where the deputy health minister can cooperate with the law enforcement forces. We have made a commitment to the international convention banning the use of tobacco to reduce our consumption by 30%. Today, 65 thousand people die in Iran every year because of tobacco use. The use of the water-pipe (also known as shisha or hookah) in the country is even worse and it is distributed in the country without difficulty.”

He also issued a warning about AIDS and said, “40% of working children suffer from AIDS, which is higher than other groups.”

Fars news agency however rejected these figures. It quoted Ismail Ahmadi Moghadam, the former chief of Iran’s police and asserted that there were 130 thousand alcoholics in the Iran and this group used millions of liters of alcohol. With these figures, the average consumption per person comes to 3,230 liters per year which means about 9 liters a day.

Fars then presented statistics from traffic police about drunken drivers and said, “In the first nine months of the Persian year 1391 (starting in March 2012) of 402 tests that were conducted 169 were positive. During the same period the following year, of 526 individuals that were tested 272 were positive.” The news agency concluded that “The deputy ministry of health has said that the use of alcohol has doubled in the last nine months. If these figures are accurate they mean that 115 ten-ton trucks are imported illegally into the country and this is turned into 42 thousand trucks domestically. If we assume that there 130 thousand addicts, everyone one of them consumes 8.8 liters of alcohol, which is more than the water that a body needs per day. With these figures, every Iranian uses 25.5 liters of alcohol every year. So these figures appear to be unrealistic because law enforcement forces have full control of the borders.”

Jahan News website also rejected these numbers while at the same time calling on officials to combat alcohol users.

The World Health Organization recently published figures on the use of alcohol by each country and Iranian officials of course removed the sections of the reports on Iran.

by Rooz time to read: 2 min 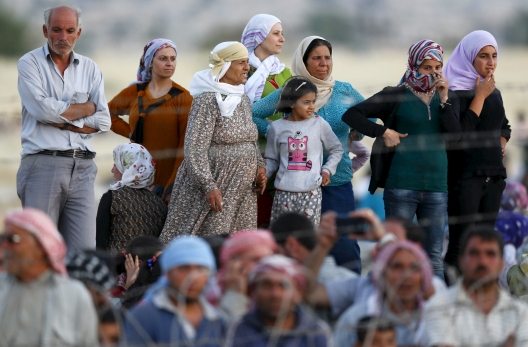 Culture & religions Holier Than Thou: Politics and the Pulpit in Amer…
0
wpDiscuz
0
0
Would love your thoughts, please comment.x
()
x
| Reply
We use cookies to ensure that we give you the best experience on our website. If you continue to use this site we will assume that you are happy with it.Ok