Trending
You are at:Home»Categories»Headlines»An attack on Israel’s Arabs is an attack on us all
By Tamir Pardo on 14 March 2020 Headlines

Opinion: While many disagree with members of the Joint List on many subjects, the attempt to denounce them along with one fifth of the country’s citizens is unacceptable, unabashed racism that we must all denounce

The statements made by various members of Knesset and ministers who say joining up with the Arab Joint List poses a risk to the people of Israel, are irresponsible, unacceptable, and are tainted with racism.

The same goes for calling them “supporters of terrorism”, “terrorists in suits”, and a variety of other nicknames used to describe the Arab Knesset members in order to delegitimize them.

I disagree with the members of the Joint List on almost every subject, all the more on the topic of the Palestinian-Israel conflict. But as a citizen of Israel, I am loyal to its laws and to the values of the Declaration of the Establishment of the State of Israel, which grants the country’s Arab citizens full rights.

Those signing the declaration (chief among them Israel’s first prime minister David Ben-Gurion) unanimously agreed that “The State of Israel…will ensure complete equality of social and political rights to all its inhabitants, irrespective of religion, race or sex.”

Perhaps that clause was meant to serve as a sort of countermeasure against the possibility that the country would be one day be led by those who see a contradiction between Israel’s two most basic principles – a Jewish and a democratic country.

As for the law, article 7A of the Basic Law: Knesset states that “support of armed struggle, by a hostile state or a terrorist organization, against the State of Israel” is grounds to prohibit a candidate or a party from participating in the elections for the Knesset.

Since neither the Joint List nor its members were prohibited from participating in the elections, they should not be so inappropriately denounced, as such a move would be in clear opposition to the position of both the Central Elections Committee and the Supreme Court.

All Israelis are eligible to vote in Israel, no matter whether they choose to pray in a synagogue, a mosque, a church or nowhere.

The attempt to denounce the right to vote of 600,000 citizens is nothing less than unabashed incitement against a large sector of the population who not only lives here, but contributes and is an inseparable part of the country.

How is an Arab doctor who chose to support the Joint List supposed to feel when he dons his surgical mask and scrubs to save patients’ lives? Should he be denied the right to be part of a working legitimate political system?

Any attempt to erode the rights of Israel’s Arab citizens to equality, a future and self-realization – either by excluding them from politics or by threatening to transfer their villages to a future Palestinian entity – is not just clear racism, it could also potentially pose a threat to Israel.

“J’Accuse” wrote Emile Zola in a January 1898 open letter accusing the French government of anti-Semitism after Jewish officer Alfred Dreyfus was falsely charged with treason for no reason other than he was a Jew.

Today in the State of Israel there are clear attempts by a number of public leaders to charge one fifth of the country’s citizens with the same claim of treason, to brand them as lepers in their own homeland and claim that any political collaboration with them “poses a risk to the citizens of Israel.”

How would we react if the leaders of another country spoke in the same manner about their Jewish population? There is no shortage of countries hostile to Israel that harbor a Jewish population with an affinity for the Jewish state.

What would we think if these countries denounced their Jewish citizens and excluded them from their country’s political mechanisms?

It is our duty to stand against this rising tide, to yell “j’accuse” at the racism and disregard for Israel’s democracy, laws and values.

It is our duty to shout warnings about the security damage this divide among Israel’s citizens is causing to our country.

Tamir Pardo is the former head of the Mossad intelligence agency 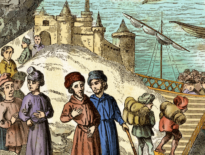 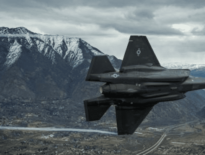 Headlines Middle East SAM Discovery Highlights F-35’S Evol…
0
wpDiscuz
We use cookies to ensure that we give you the best experience on our website. If you continue to use this site we will assume that you are happy with it.Ok