Trending
You are at:Home»Categories»Headlines»Alberto Fernandez: The war against jihad
By Alberto M. Fernandez on 23 November 2016 Headlines

What the West needs to understand about Middle East Islamo-Fascism

Ambassador Alberto Fernandez grew up in Miami after his family members fled Communist Cuba as political refugees in 1959. He spent 32 years in the U.S. foreign service, including stints as director for Middle East public diplomacy, ambassador to Equatorial Guinea, and coordinator for the Center for Strategic Counterterrorism Communications (2012-2015).

Fernandez retired from the State Department last year and is now vice president of the Middle East Media Research Institute (MEMRI), a nonprofit organization that translates Arabic and other Middle East communications into English. Here are edited excerpts of our conversation.

How does your Christian faith inform your work?

I’ve served under Republicans, Democrats, godly people, and people who disliked Christians or even despised them. I’ve tried not to be ashamed of my faith but to be aboveboard with it. Generally those who aren’t Christians respect people that try in a humble way to practice their faith and are not ashamed of it.

Why were you dubbed the “mouthpiece of U.S. policy in the Middle East” in the mid-2000s?

There was an explosion of broadcast media—the rise of Al-Jazeera, Al-Arabiya, and dozens of other stations. These stations wanted somebody who could go on and express a view in the Arabic language, so I was in the right place at the right time, and crazy enough to go live on Arabic television. I did 500 or 600 interviews. A couple of times I may have exceeded my brief, but that’s live television and that’s the challenge you face. Talking points are usually good for a minute or two.

Did you have disagreements with the Bush administration?

Not really. The big thing with the Bush administration was an Al-Jazeera show where I was debating a guy for an hour. At one point I said there had been arrogance and stupidity by the United States in Iraq. Then I said, “But, we have to get it right in Iraq. We can’t walk away. We have a challenge we have to beat and face. If we walk away from Iraq, it would be bad for us; but it would be a disaster for the region.” The press picked up the arrogance and stupidity part. I was defending our presence in Iraq, but that’s not the way the media played it.

‘A myth exists that somehow the Muslim world is silent confronting this surge of jihadism. That’s inaccurate. Especially in Arabic, people of goodwill are challenging the discourse of the crazies.’

What was the Center for Strategic Counterterrorism Communications (now the Global Engagement Center), and why did you leave it?

In 2010 Secretary Hillary Clinton thought the U.S. government did not fully appreciate the media battle part of the war against al-Qaeda. She was right. It was a very small shop with little money and little clout, but the subject became more important with the rise of ISIS. I retired because I was due to retire, but there were major tensions between me and government in 2014. Suddenly lots of cooks who weren’t there before would second-guess you. They had superficial ideas about Islam, media in Arabic, or terrorism. People in the White House and the National Security Council had their own take on things.

You recently wrote, “Mutual understanding is really unhelpful if your adversary remains hostile.” How so?

Sometimes we think public diplomacy is just putting your position out there, having it be understood—and the problem is done. When you talk about ISIS, Islamism, or jihadism, though, you talk about people who are fanatics or maybe somewhat sympathetic to messages. It’s an ideological struggle. You have to not just present the facts, but try to undermine or challenge the preconceived notions that your adversary has, try to convince them that you’re right and they’re wrong. This is not to be arrogant: It’s to try to change people’s perspectives on the United States.

To what extent is the Obama administration working on that?

Not working on it at all. The Obama administration has a fascinating disconnect in the Middle East. It tries to portray the administration as thoughtful and lawyerly: We’re getting out of these wars and not using extreme language. But in the region people see the U.S. position, for example in Syria, and believe the United States is talking out of both sides of its mouth. They see a lot of violence, which the U.S. government seems to approve of. So you can say there’s an Obama or administration persona in the media, and a very different one in the region.

What’s the most common misunderstanding about jihadi propaganda?

The Islamic State and jihadists talk of creating a new political and religious reality. The violence is about spilling lots of blood to have something “good” happen, like a lot of tyrants have proposed. Only a small minority of their material is the head-cutting stuff: Most is about building a future. The second misconception that people have is that Islamism is about mundane factors. It’s mostly about embracing a worldview, not about people who can’t get a job.

Who is doing good work fighting the war of ideas?

A myth exists that somehow the Muslim world is silent confronting this surge of jihadism. That’s inaccurate. Especially in Arabic, people of goodwill are challenging the discourse of the crazies, the jihadists. They’re often isolated individuals supported by nobody. They are a minority but come from many different motivations to challenge the discourse of Islamist supremacists in the Muslim world. We often don’t hear about them because they’re people speaking in Arabic to other Arabs. Part of the work of MEMRI is to try to publicize the work of those people. We cover the discourse of the extremists and also the reformers.

How is the war of ideas won?

First thing: What do you stand for? What is your worldview? The West has lost its way. The West is like Seinfeld. It’s not about anything, or if it’s about anything, it’s about the gods of the West—Eros, Mammon, and Molech. False gods. We’re for a culture of hedonism and consumerism, which is maybe OK for people on a day-to-day basis but does not satisfy. People go looking for things. Some will find it in radical Islam. It gives them a poisonous, diabolical purpose.

Has the United States been out-strategized?

Without a doubt. Great irony: The Obama administration prides itself on great communication but has been outsmarted by not just some guys in a cave, or by Salafi jihadists like ISIS, but also by the Russians and others who have learned to play the influence operation game. The U.S. government sits back in a lounge chair thinking about 2009, “We’ve got this covered, everybody loves us and thinks we’re wonderful.”

What’s ahead for ISIS?

ISIS says, “By permission of God, we’re going to conquer Rome, enslave your women, and break your crosses. We’re going to take Constantinople and paint the White House black, by permission of God.” Losses on the battlefield hurt their propaganda because, obviously, there’s no permission of God. If they continue to lose, they’re in big trouble. Their propaganda is built on divinely mandated victory. But the larger problem of jihadism is ideological, and we’ve hardly dented that. Even if ISIS ceases to exist tomorrow, this ideological challenge that translates to violence on the ground is not going to go away.

Alberto Fernandez: The war against jihad 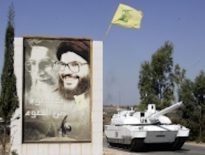 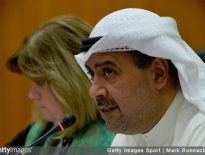 International Sports NEIL WILSON: Sir Craig should call the Sheikh̵…
0
wpDiscuz
We use cookies to ensure that we give you the best experience on our website. If you continue to use this site we will assume that you are happy with it.Ok