Iranian author, Ahmed Zayd Abadi (born in 1966) spent many years of his life in the Mullas prison for his opinions. He was awarded the UNESCO Guillermo award for the freedom of the press in 2011- at the time he was spending five years in prison for his participation in the Green Revolution. 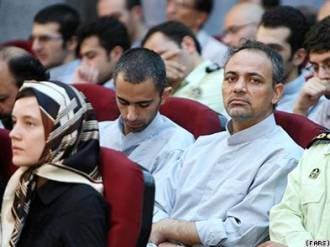 After all these years, officials and institutions of the Islamic Republic need to answer a naive question, without anger or accusations:   to what extent did this demonstration help the Palestinians in changing their situation regionally and internationally?

Arabs have a saying, “excess brings opposite results.” Doesn’t this saying apply to the stance of the Islamic Republic in regard to the Palestinian question? If not, then why, today in Iran, there is a large segment of public opinion that is indifferent  to the Palestinians plight not to mention blaming all of our problems on the Palestinians themselves?

Of course, I strongly oppose the Zionist project which seeks to establish a religious and a racial state and I consider it to be contradictory to the principles of the nation-state and the equal rights of all citizens in modern times. However, at the same time, I’m not opposed to the existence of a Jewish majority state with guarantees to the rights of non-Jewish citizens. Based on this view, I do not relate to the official policy of the Islamic Republic toward the Middle East conflict.

This vision supports the necessity of peace between Israel and the Palestinians in accordance with the declaration of the Security Council of the UN and the International Court, which require the establishment of an independent Palestinian state in the West Bank and the Gaza Strip with its capital in East Jerusalem, next to an Israeli majority state.

Indeed, I have suffered a lot of pressure and accusations due to my position. However, I’m still convinced that this solution is a balanced option to end the 70 years crisis of the Middle East for it has a practical chance of winning international support.

Of course, I understand the opposition of the Islamic Republic to this position. Because I believe supporting the Palestinian cause has to do with the balance of power inside Iran more than it does with the objective reality of the region or the suffering of the Palestinians. But what is not understood is the hysterical reaction in some anarchist anti-Islamic Republic circles! It seems as if they liberated themselves from all principles, and are only waiting to know what is the official policy of the Islamic Republic only to take opposite positions!

Thus, their reactionary position towards the Palestinians pushed them to deny any rights to the Palestinians on their own lands, and to support fascist Israeli parties and the settlers of the west bank! And this seems to be also a part of our behavior as Iranians, which prevented our society from building objective balance.