Pope Francis touches down in Baghdad, hoping to boost an ancient Christian church and a war-torn country

The Pope's Iraq trip could be his most dangerous yet. But the country's dwindling Christian minority hopes it heals their wounds

In the spring of 2010 the Iranian diplomat Heshmatollah Attarzadeh, who was kidnapped in 2008, was released in Peshawar, Pakistan. The Iranian Intelligence Ministry stated that the diplomat had been freed after a complicated intelligence operation. In exchange for the freedom of Attarzadeh Iran had delivered arms and released top al-Qa’ida leaders who were under house arrest in Iran.

In early March 2015 another Iranian diplomat who was kidnapped in 2013 in Sana’a, Yemen, was released. The diplomat, Ahmad Nikbakht, was released after again ‘complex and difficult operations’ by Iran’s Intelligence.

Jihadi sources linked to AQAP confirmed that the five were released. This is bad news. The release of al-Adl and Abu Muhammad al-Masri al-Qa’ida most experience foreign operations commanders makes the world more dangerous. The two were involved in the 1998 Embassy bombings. Abu Muhammad was the one who instructed an explosives expert to develop the ‘shoe bomb’. Sayf al-Adl was also involved in the kidnapping of U.S. journalist Daniel Pearl. Even after Sayf al-Adl was put under restrictions in Iran in 2003 he was able to pull off a dual terrorist attack in Riyadh and Casablanca.

Not only that, it is known that Sayf al-Adl, Khalid al-Aruri and Sari Shihab and probably Abu Muhammad al-Masri were all involved in WMD programs and plots. So who better to release for Iran just before a nuclear deal with the Western countries than a group of experienced terrorist operators with WMD and explosives experience?

Since they have been released al-Qa’ida in the Arabian Peninsula has gained ground in Yemen. In early April the al-Qa’ida fighters freed hundreds of prisoners from prison, took over a bank and gained large amounts of cash and took over the Yemeni port city al-Mukalla and the surrounding district. Also for some time there is ongoing speculation that al-Qa’ida’s emir Ayman al-Zawahiri was to relocate from Pakistan to Yemen. With this quality impulse and his former deputy and aid Abu Khayr al-Masri in Yemen, al-Zawahiri might actually have agreed to his relocation. At least the whole atmosphere in his latest video is different. The colors in the video are more vibrant and bright which might indicate that he actually is in a different place.

If al-Qa’ida central has relocated to Yemen it is in line with Usama bin Ladin’s wishes. Bin Ladin said that he only could see al-Qa’ida be in Afghanistan or in Yemen. Yemen is also much closer to Islam’s holiest cities Mecca and Medina.

It not logical for operational persons like al-Adl and Abu Muhammad al-Masri to stay in Yemen. The increased drone operations might be a reason for them to have left Yemen as soon as they arrived. Likely the two went to Somalia where both were active in 1993. Al-Adl set up a Somali training camp in Ras al-Cambooni in the most southern point of Somalia.

From Somalia the two can easily travel north, using the ‘old hands’ in Khartoum to help them with travel facilitation and other help needed. Probably the two will try to connect with trusted allies in the region maybe Mokhtar Belmokhtar or members of the LIFG.

Having this in mind recent developments in Sudan, Egypt and Libya start to make sense. In mid-June an U.S. airstrike targeted a specific house where Mokhtar Belmokhtar was to meet a group of Libyan jihadis who had just pledged allegiance to ISIS. It is far out the regular and very cautious behavior of Belmokhtar to even show up at a meeting like this. It is not for a reason that he is surviving for the last 15 years in the rough terrain of the Sahara desert. But if someone of a statue like al-Adl would have been there and try to turn them around a give their allegiance to the ‘new’ vibrant al-Qa’ida that might have been a reason to bomb the meeting place. It is my strong believe that Belmokhtar was not killed in this attack.

A few days ago in Egypt’s Western Desert a group of mainly Mexican tourists were attacked by the Egyptian Air Force and helicopters. Most Mexicans were killed or wounded. Never before has there been a report of the Egyptian armed forces attacking tourists. This attack was far out of the regular and especially for Egypt which is dependent on the tourist industry. What would make sense is that the Egyptians were tipped off or had intelligence that al-Adl or Abu Muhammad al-Masri were crossing the Western Desert on their way in or out the country, and were supposed to be in the same area.

A third highly interesting piece of information came out on 18 September when the Sudanese government declared that it had started air patrolling the space above Khartoum. The new police air patrol project named ‘Saffat 02’ will use helicopters equipped with surveillance cameras. This might have been a coincidence but probably there is a reason to start this right now.

Do the Sudanese, Egyptian and other Intelligence Sources know more than, the politicians? Would a nuclear deal with Iran have been possible if this was known before an agreement was reached?

In the near future the threat for sophisticated terrorist plots in the West have grown with a least a factor two, and maybe more. Al-Qa’ida is back on the map and also the WMD threat is back. 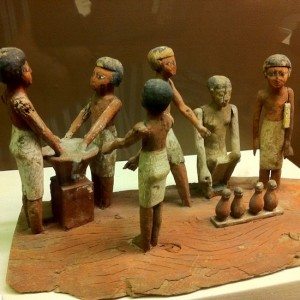 Features Ancient Ales: The Past, Present, and Future of Mid… 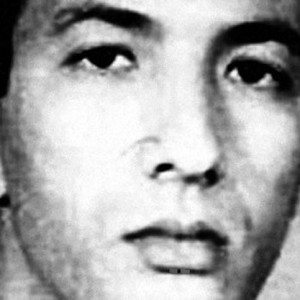 Features Iran Released Top Members of Al Qaeda in a Trade
0
wpDiscuz
0
0
Would love your thoughts, please comment.x
()
x
| Reply
We use cookies to ensure that we give you the best experience on our website. If you continue to use this site we will assume that you are happy with it.Ok