Our worst fears were realized on Wednesday, September 30th, 2015. Kirill I, Patriarch of Moscow and all Russia, declared [through his spokesman Reverend Vsevolod Chaplin], that the Russian intervention in Syria is a “holy war” against terrorism. We had thought the days of the Crusades were over eight centuries ago. Haven’t we written and said enough about the “jihad” as a holy war, specific to Islam? All the criticism of Islamist movements, of all persuasions, has been based on the rejection of violence and war in the name of God. With Kirill I, no one can criticize the “jihad” any longer on the basis of tolerance in Christianism.

Curiously, the Moscow Church had not taken such a position in Chechnya. It let Putin handle it without getting mixed therein. It is true that at that time the Moscow Patriarchate was occupied by a wise man, Alexis II, an Estonian and not a Slavic like Kirill I, who’s deemed to be a nationalist panslavic politician. Since his accession to the patriarchate, Kirill I seems to call for the old utopia known as “Moscow-The Third Rome.” In summary, this phantasmagoria, forged by the monk Philotheus of Pskov in the sixteenth century, says that the first Rome of the Latium, had fallen into heresy; the second Rome of the Bosphorus – Constantinople, had fallen under Ottoman rule; so it is left up to Moscow to carry the torch of the true imperial Rome at the helm of the Christian world, or at least, at the helm of the Orthodox denominations. This thesis, which may have some appeal to the novice, suffers from serious shortcomings as it matches well with the political reality of Muscovy, which the great princes wanted to transform into an empire that had little to do with the Eastern Roman Empire or Byzantium.

This same idea puts Moscow in an eschatological perspective of a vision of the divine economy. And this is extremely serious because it pushes the Christian Muscovy in an apocalyptic millenarianism similar to that of the Islamic State and the mullahs in Tehran. Maintained by the high ecclesiastical hierarchy, this fad enjoyed little support in political circles, except when it came to justifying the absolute power of Russian rulers. It explains some parallels with the Roman-Byzantine traditions, such as the title of Tsar, derived from that of Caesar; the adoption of the two-headed eagle as the imperial symbol; along with the imperial coronation rites that Moscow had copied from those of Constantinople.

This theory was quickly put to rest when Peter the Great who westernized his country, moved the capital of his empire to St. Petersburg and, most importantly, annulled the function of the Patriarch of Moscow created in 1589 by Boris Godunov following the cessation of the Russian ecclesiastical lands from the Ecumenical Patriarchate of Constantinople. Thus the Russian Church remained an institution of the Russian state, led by a synod, until 1917. An interim institution of acting Patriarchate was established and later recognized and stabilized by Stalin in 1945 with Alexis First at its head. After the fall of the USSR, the new Russian political powers revived the idea of ​​“Moscow- The Third Rome” scrupulously applying the Byzantine doctrine of “symphony of the two powers”, which ipso facto makes the Church a State Church turning it, particularly, into an instrument of foreign policy. This practice of the symphony explains many aspects of the Eastern Churches, both Orthodox and Catholic.

Among all Orthodox denominations, only the Church of Antioch was able to miraculously preserve the universal character of the Church and did not fall within the national Messianism or the identity communitarianism, at least until the outbreak of the Syrian tragedy, which saw the hierarchies of all churches stand together in one way or another with the dictatorship of Bashar Assad and even provide a forum and a platform for the propaganda of the Syrian regime.

It is in such a sweltering context that the Russian Church declared the Russian intervention in the Levant as what it might be called a crusade – a concept completely foreign to the entire Byzantine traditions victimized throughout history by holy wars waged by the Latin West and the Muslim East. Since the beginning of the war in Syria, Moscow has continued to proclaim its unconditional support to the dictator of Damascus, its rejection of any foreign interference in Syria (sic) and its desire to ensure the protection of the Eastern Christian communities, particularly the Orthodox among them who have never asked for any protection.

Using an anachronistic vocabulary, that of the Eastern Cause, the involvement of the Christian Muscovy in the Levant appears to be quite inept and with a Middle Ages mentality, disregarding the specificity of the Levantine Antiochian Christianism. As a reminder, the Church of Antioch is, firstly, the oldest Christian congregation in the world, and secondly, the Patriarch of Antioch, in terms of primacy, comes far ahead that of Muscovy, which occupies a much lower rank within Orthodoxy.

The Eastern Christian communities have suffered the Crusades. The Warrior adventurism of their brethren in Europe has cost them dearly. They have never played the role of auxiliary to holy wars. A Majority in the Levant at the time of the early Crusades, Christians accounted only for 4-5% of the total population in 1510, when the Ottomans expelled the Mamluks. Nevertheless, in 1918 at the end of the Ottoman Empire, they had gone up to 25% of the population.

How to deal with the adventurism of Kirill I of Moscow as he plays the role of Saint Bernard of Clairvaux or Pope Urban II? With absolute condemnation and clear rejection of his foolish and disastrous enterprise. Putin may lead the policy he wants, but not on behalf of the Church of Jesus Christ. It is out of question for the Levantine Christians to be auxiliaries of a Christian Daesh. The answer to Daesh should not come in a religious context but in one of citizenship. Unfortunately, the Churches of the Levant have not sufficiently distanced themselves from the political powers in Damascus. With Moscow’s crusade in support of Bashar, they risk facing a terrible judgment of history that makes them accomplices of a tyrant guilty of crimes against humanity. 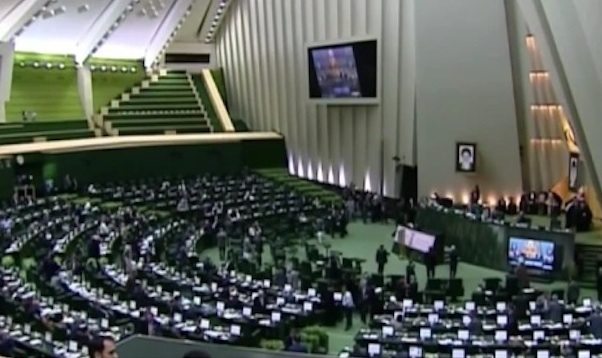 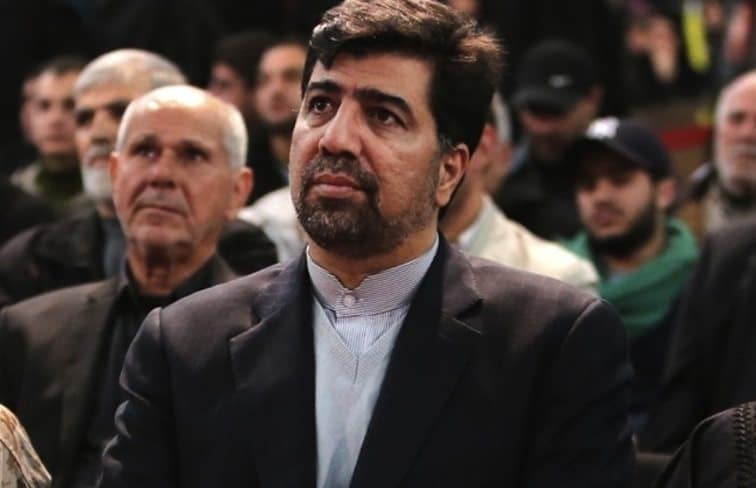 Features Velayati: Senior Individuals Are Unaccounted For
0
wpDiscuz
0
0
Would love your thoughts, please comment.x
()
x
| Reply
We use cookies to ensure that we give you the best experience on our website. If you continue to use this site we will assume that you are happy with it.Ok