Trending
You are at:Home»Categories»Commentary»A Deal Among Enemies
By Mehdi Khalaji on 16 October 2015 Commentary
The Iranian regime’s anti-Western regional policy has become much more important to its identity than Islamic ideology, so confronting Tehran’s “unreasonable rationality” is essential.

Many Western policy makers assume that Iran is a rational player, and that its policies are not driven by Islamic ideology. Under this approach, they assume that the Joint Comprehensive Plan of Action will encourage Iran to make tough compromises on the nuclear program, to the extent that eventually Iran will also drastically alter its defiant regional policies and work with world powers to bring peace and security to the Middle East. Contrary to this view, critics of the deal fear that the JCPOA inhibits the West from responding to and preventing Iran’s aggressive regional policies out of concern for preserving the agreement at all costs. This lack of common understanding in the West over post-deal challenges enables the Islamic Republic to further pursue its regional agenda, threatening Western interests and allies.

The Islamic Republic of Iran is not a political monolith. Nor is it a classical dictatorship. It is a repressive system that emerged out of a revolution. Because revolutionary symbols and ideals still provide significant political capital, political factions are forced to adopt them and compete for their ownership and meaning. Democratic rituals still give legitimacy to the revolution, a revolution that has not yet devoured its children in a “Thermidor.”

Both facets of politics in Iran, those of hardliners and moderates, reflect the Islamic Republic’s realities. In the realm of foreign, military, and nuclear policies, Ayatollah Khamenei has final authority. Khamenei’s power base is not with the moderates, but with the hardliners who control the military, intelligence, judiciary, and propaganda apparatus. They have enough power to design and implement Iran’s regional policy, weaken democratic institutions and stifle any dissent within the country. Those with whom Western powers expect to negotiate are shut out of Iran’s decision-making circles.

The Islamic Republic is a rational actor, if we define rationality as the utilization of cost-benefit analysis in order to engineer and apply the most effective policies and tactics to achieve objectives. There is a distinction, however, between “rationality” and “reasonableness.” “Reasonableness” means abiding by the limits prescribed by reason — moral or political — and therefore being moderate, open to others, predictable and self-correcting. No modern dictatorship or totalitarian state, including Nazism and Communism, or even terrorist organization was irrational. Islamic ideology is a modern phenomenon precisely because it is rational and uses the most advanced technological and strategic means to fulfil its agenda. The Islamic Republic is rational, but it is also undoubtedly unreasonable. Its unelected powerful leaders do not believe in practicing “politics” (rejection of violence and empowering the public sphere so all citizens participate in the political process) in its domestic behavior, nor do they seek normal economic-political relations with the world.

Needless to say, in its approach to domestic and international policies, the Islamic Republic is not primarily driven by Islamic ideology. Ayatollah Khomeini, the founder of the current regime, explicitly said that the “raison d’etat” or the regime’s expediency trumps sharia law as well as the constitution. Therefore, Islamic ideology is not the ultimate goal, but only a means to protect and strengthen the government. Nowadays, Islamic ideology is less appealing than it used to be, particularly for younger Iranians. State-controlled media spends less time defending the government’s Islamic legitimacy and claim to primacy in all judicial matters because the question of religious legitimacy has lost relevancy. The loss of revolutionary zeal and beliefs is true at the elites’ level as well; few state officials and regime supporters believe that Islamic ideology has the ability to heal the problems of this world and the next.

While Twelver Shiism is the official state religion and “exporting the revolution” is the essential element of the regime’s foreign policy, Iran is not seeking to convert Sunnis to Shiism or create a “Shiite crescent” any more than China is seeking to expand its influence through constructing satellite states, or Russia constructs ideologically based alliances. Iran’s driving foreign policy motive is “will to power,” and Iran utilizes its fundamental opposition to America, the West, and Israel, not Shiism or Islamic ideology, to expand its influence in the region. Defining itself as a leading power in the fight against imperialism, neocolonialism, and the “unjust world order” allows Iran to ally itself with other state and non-state players. This agenda attracts Muslims from across the globe and ideological divide, as well as non-Muslims in the new left camp.

Iran’s regional policy is integral to the Islamic Republic’s identity. The Supreme Leader designed the regime as we now know it, and his regional policy is a defining feature that grants him unique capabilities and allows him to defy his domestic and foreign enemies. His ultimate objective is Iranian hegemony over a stable and secure Middle East without Western influence. To this end, he will fight — in a rational way — to the teeth until other regional and global powers recognize this. This was the heart of Tehran’s regional policy when Iran was under unprecedented sanctions and there was no “deal.” This will continue to be the main pillar of its foreign policy with the nuclear deal and sanctions relief.

Policymakers envisioning a peaceful and secure Middle East may see a different approach from Iran if Ayatollah Khamenei leaves the political scene, but until then, they will need to confront Iran’s regional destabilizing activities if they wish to pursue their own national interests.

A Deal Among Enemies 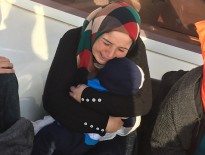 Features Royal Schism in the House of Saud
0
wpDiscuz
We use cookies to ensure that we give you the best experience on our website. If you continue to use this site we will assume that you are happy with it.Ok