Such weapons are now beginning to proliferate in the Middle East. Some PGMs – mainly anti-ship and anti-tank missiles – have been in the region for decades, but they are increasingly used by non-state actors like Hezbollah, Houthi rebels in Yemen, and the Islamic State. Their growing availability is altering regional dynamics, as relatively lightly armed militant groups are challenging, and at times defeating, national armies.

Prior to 2016, for example, Syrian rebel groups were making major headway against pro-regime forces after their acquisition of anti-tank guided missiles (ATGMs), including the TOW system from the U.S. and Sunni Arab states. That success was a major reason for Russia’s intervention in the Syrian civil war in September 2015, as Moscow sought to provide heavy air and artillery bombardment to suppress rebel anti-tank positions.

Meanwhile, the decision by Saudi Arabia and its Sunni allies to intervene in Yemen’s civil war was likely prompted by ballistic and anti-ship missiles falling into the hands of Iran-backed Houthi rebels. The rebels even managed to strike Arab warships patrolling the Red Sea, bolstering fears that Iran could, through its proxies, block the vital Bab el-Mandab Strait. Additionally, like the rebels in Syria, Houthi fighters conducted devastating ATGMs attacks on Saudi forces stationed along the border. Battering the kingdom’s forces (including destroying U.S.-made M1 Abrams tanks) may have even deterred an Arab assault into the Houthi heartland from the north.

But it is the addition of new air-launched PGMs that could have far greater strategic consequences for the region. As the U.S. proved against Saddam Hussein in 1991 and 2003, and as the Russians are currently demonstrating now in Syria, airpower can be the decisive factor on the modern battlefield. It was only in the last decade that a number of Middle Eastern air forces acquired the full spectrum of PGMs. Propelled by a surge of new fighter purchases, large quantities of advanced air-launched PGMs – including long-range standoff weaponry – are filling regional arsenals for the first time.

Most recently, Qatar and Egypt signed multi-billion dollar deals for new French-built Rafale fighters – with Cairo’s first six already delivered. Included in these deals are several European-made PGMs, such as AASM Hammer bombs, MICA air-to-air missiles, Exocet anti-ship missiles, and SCALP air-launched cruise missiles. This is a significant upgrade for both forces, giving them capability in all aspects of modern aerial warfare – from air superiority to long-range precision strikes.

Egypt and Qatar are not the first in the region to enjoy this expansive capability. Israel has for decades maintained an edge in precision-guided weapons, benefiting from access to the latest U.S. smart munitions and its own domestic development. With this edge, Israel has maintained deterrence against rival states and has been able to conduct quick, pinpoint strikes on terrorist weapon shipments as far afield as Syria or Sudan. PGM development has also allowed the IDF to strike Hamas and Hezbollah targets in dense urban environments with minimal collateral damage – operations that would otherwise require risky troop deployments and draw global condemnation.

Since the mid-2000s, the United Arab Emirates and Saudi Arabia have poured billions into defense deals to gain similar capabilities. The two Gulf powers are acquiring a growing list of PGMs for their modern American- and European-made fighters. Israel is aware of this, and has increasingly expressed concerns over its Qualitative Military Edge (QME). The Gulf monarchies’ expanding list of standoff munitions such as SCALP and SLAM-ER cruise missiles, HARM anti-radiation missiles, and JSOW glide weapons are especially worrying, as they would allow Arab states’ planes to target Israeli air defenses at a distance. Jerusalem can take comfort, however, in the fact that the Gulf states’ purchases are intended primarily to counter enemies they share with Israel – Iran and the Islamic State. And while those shared interests could certainly change, US technology has made it difficult for these Gulf states to use these platforms against Israel for any meaningful period of time.

Tehran, for its part, is lagging far behind its regional rivals. Decades of embargos have left its air force depleted and obsolete. Like Israel, Iran once benefited from a strong defense relationship with the West, which provided it with advanced weapons of the day like the Maverick air-to-surface missile, TOW anti-tank missile, Harpoon anti-ship missile, and Phoenix air-to-air missile. However, after Iran’s 1979 revolution, and particularly after the 1980-1988 Iran-Iraq War, the country struggled to rearm. Over the years, Russia and China have provided some guided weapons (such as C-802 anti-ship missiles, R-27 air-to-air missiles, Kornet anti-tank missiles, and Kh-29 air-to-surface missiles), but Iran’s air-launched capability remains extremely limited. This limitation has recently spurred Tehran to domestically produce ballistic and surface-to-air missiles to fulfill its long-range strike and air-defense needs.

Thanks to last summer’s nuclear deal, Iran may soon make a substantial leap in PGM capability. Last month, Tehran’s defense minister announced that his country intended to purchase Russian-made Su-30 fighters. It remains unclear which weapons could accompany these new jets, but the aircraft are capable of carrying a variety of advanced munitions, including the Kh-59M air-launched cruise missile and Kh-31P anti-radiation missile – which Moscow also provided to Algeria for their Su-30s between 2007 and 2009. Additionally, the Iranians could enlist Russian help in upgrading some of their older fighters to carry newer guided munitions, as the Saudis have done with their British-made Tornado fighters, and the Israelis with their aging American-made F-16s and F-15s.

Much has been made of Iran’s potential acquisition of Su-30s. However, these aircraft alone will not be the game changer that gives Iran an advantage over its foes. Instead, it would be the guided weapons that Russia might sell Tehran to arm these planes which will define much of their capability. Iran knows this. And so do its many regional foes. This explains the recent demand to purchase these weapons, which can very easily tip the regional balance of power, one way or the other.

Patrick Megahan is a research analyst at the Foundation for Defense of Democracies focusing on military affairs. He manages the website MilitaryEdge.org. 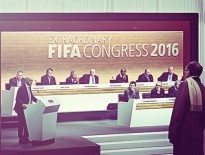 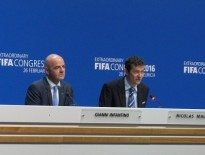 International Sports FIFAntino the reformer?
0
wpDiscuz
We use cookies to ensure that we give you the best experience on our website. If you continue to use this site we will assume that you are happy with it.Ok