For such zones to succeed, they must be backed with militarily enforced no-fly zones and a persuasive response to Moscow’s inevitable small-scale violations and disinformation campaign.

On February 13, Russian prime minister Dmitry Medvedev said in Munich that Russia has no intention of ending its bombing campaign against the Syrian rebels. “They are all bandits and terrorists,” he told Time in an exclusive interview. Earlier, on February 11, Russia’s deputy foreign minister, Oleg Syromolotov, informed the Interfax news agency that the Kremlin will consider any attempts by the U.S.-led coalition to establish safe zones on the Turkish-Syrian border without United Nations authorization and Syrian president Bashar al-Assad’s permission “an act of direct military intervention.”

This statement came as no surprise. For well over a decade, the Russian government has advanced a narrative that the West orchestrates regime change under the guise of humanitarian aims. In Syria, Russian president Vladimir Putin will interpret any attempts to create safe or similar zones as a pretext for regime change targeting what he calls the legitimate government of Assad, who this week declared his forces would “eventually” retake all of Syrian territory.

Therefore, if the West decides to establish safe zones in Syria, Moscow will almost certainly demand a UN Security Council resolution to ensure a Russian — and probably Chinese — veto of any measure and to render any resolution hollow enough to allow Moscow and Assad to continue destroying any opposition to the Syrian regime until only the Islamic State, and al-Qaeda, is left. The Kremlin is likely to justify its actions by saying it will not make the same “mistake” as when it abstained in March 2011 on UN Security Council Resolution 1973. At the time, as Libyan dictator Muammar Qadhafi intensified violence against civilians in his country despite previous measures such as sanctions and an arms embargo, the UN authorized in Resolution 1973 “all necessary measures” under Chapter VII to protect Libyan civilians, including enforcement of a no-fly zone. Then prime minister Putin compared the resolution to “medieval crusades” and later accused NATO of killing Qadhafi. “Who gave the West the right to carry out regime change?” he asked in Copenhagen in April 2011. Subsequently, Russian officials repeated this view numerous times.

Indeed, safe zones would reduce the region’s humanitarian crisis and prevent destabilizing refugee floods from overwhelming Turkey and Europe. They would also aid in fighting the Islamic State and strengthen the Western position in Syria, balancing the Russia-Iran alliance, as Ambassadors Nicholas Burns and James Jeffrey outlined earlier this month in the Washington Post (http://washin.st/248I5Iu).

To create viable safe zones in Syria, the United States will likely need to utilize no-fly zones that challenge Russian air defenses and ensure Washington and its allies monitor all crossings into the zones. Washington will also need extensive cyber and informational campaigns targeting Assad regime actions that stoke the migrant crisis and countering Russian disinformation efforts to sway international public opinion. Key to this effort will be explaining to domestic and international audiences why safe zones are necessary to stem the flow of Syrian migrants northward and to ensure European security.

Should the U.S.-led coalition implement safe zones without UN authorization, the Kremlin will likely avoid risking direct military confrontation. For all Putin’s bluster, he would not want more Russian planes hit after Turkey’s November 2015 shoot-down of a Russian jet violating Turkish airspace. Putin is not irrational and is very sensitive to domestic public opinion. And the threat of escalation with Russia exists whether the United States implements safe zones or not, simply by virtue of Russia’s growing presence in the region. Indeed, it seems increasingly likely that Western indecision over the last several years, most notably the U.S. failure to strike after Assad crossed its chemical weapons redline, encouraged the Russian government’s increasing aggression to begin with.

Instead, Moscow is more likely to engage in small-scale, low-risk operations and violations, echoing its intervention in Ukraine. Officially, the Kremlin will disavow these moves. They could include so-called humanitarian aid convoys that Russia has used in Ukraine on multiple occasions since spring 2014. These convoys have crossed into Ukraine without the Kiev government’s permission and without involvement of the International Committee of the Red Cross, typically through checkpoints outside Kiev’s control. Kiev subsequently claimed that the shipments contained supplies for Russia-backed separatists and were used to transport bodies of Russian troops and “volunteers,” which officially the Kremlin denied were present in Ukraine. NATO and the European Union condemned the “humanitarian convoys,” while the Kremlin launched a disinformation campaign claiming that the West was impeding Russia’s efforts to alleviate civilian suffering.

In Syria, Moscow is likely to launch a similar disinformation campaign about safe zones, with the goal of confusing domestic and international audiences and sowing doubt. As in Ukraine, Moscow will likely seek ways to make the West look aggressive. If U.S. coalition members, for example, stall a humanitarian aid convoy, the Kremlin will say the West opposes helping civilians while Russia is the only country attempting to aid them. The Kremlin will continue spreading the message that the West created the Islamic State and that Russia is the lone voice of reason, with the West just protecting its own narrow self-interest. To give one recent example of such messaging, the well-known Russian Middle East expert Yevgeny Satanovsky said the following about safe zones in October 2015, as reported by the business daily Vzglyad: “Of course, it will be necessary to cover [America’s] own terrorists, necessary to find a buffer into which will be released al-Qaeda, Jabhat al-Nusra, IS militants, Ahrar al-Sham.” Americans, he said, since the war in Afghanistan “rejoice that they help radical Islamists, and neither September 11 nor the murder of the ambassador in Libya nor the Boston terrorist attack can cure this.”

Russia may also test limits when it comes to flying over safe zones, just as it has done in NATO airspace. Such violations will distract the West, and if Putin sees that he can violate airspace with no repercussions, he will probably continue to do so. Finally, Moscow is likely to continue using equipment to jam battlefield communications, such as the Krasukha-4 electronic-warfare system, as it has done already in Ukraine and Syria, according to press reports.

In order for safe zones to succeed, they must be backed with militarily enforced no-fly zones. To show that the West’s involvement is limited to humanitarian relief, Western no-fly zones should be created in and around any safe area. The West should also articulate clear redlines that Russia cannot cross, and back up this talk with action should Putin present a test. On the ground, U.S.-led coalition members should monitor all checkpoints leading to the safe zones. Western policymakers should also look for any gray areas in agreements that Russia could exploit with small-scale violations. Humanitarian organizations such as the Red Cross should oversee humanitarian aid in such a way that Russia cannot deliver any aid without the given organization’s involvement. And Western militaries should dedicate significantly more resources and soldiers to countering Russia’s cyberwarfare.

Yet another task for the West is to be prepared for Russia’s disinformation campaign. Key to this effort will be explaining why the current Russia- and Iran-supported operations in northern Syria are a major cause of the current European migrant crisis. Emphasis should be placed on the Assad regime’s gross human rights violations and attempts to shoot its way out of the country’s largest uprising, which has turned into a years-long crisis. The West should emphasize further that the Assad regime’s bombardment of civilian areas issues from its stark manpower shortages, which are unlikely to be overcome any time soon to fulfill Assad’s commitment to eventually retake all of Syrian territory.

In addition, the West should leverage world opinion against the counterproductive and cynical Russian role in Syria by highlighting that safe zones, despite Russia’s concerns, have a very limited goal that precisely accommodates Moscow’s position — and that, ultimately, the West is committed to the Geneva process for Syria, to which Moscow has agreed. This position, while backed by military force, would demonstrate political flexibility in contrast to Moscow’s intransigence.

Kremlin-sponsored media is well funded and always presents a clear, unabashed position, however distorted. The West, meanwhile, tends to waffle, often fails to highlight its own successes, and does not invest enough resources in countering the Kremlin narrative. Without such investment, and without moral and strategic clarity, the West’s effort to deal with the Syrian crisis will continue to flounder. 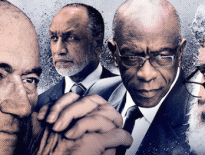 International Sports FBI VS. FIFA
International Sports FIFA Favourite’s FA Did Deal With Match-Fixe…
0
wpDiscuz
0
0
Would love your thoughts, please comment.x
()
x
| Reply
We use cookies to ensure that we give you the best experience on our website. If you continue to use this site we will assume that you are happy with it.Ok