Trending
You are at:Home»Categories»Commentary»Held Together by Bruises, This Land Must Be Divided
By Salman Masalha on 10 November 2015 Commentary

Those who really love this land understand that it belongs to two peoples. Now, before it is too late, what measures must be taken to allow them to share it?

The Zionist movement established the State of Israel as an expression of the negation of the Jewish exile and Diaspora in other lands and among other nations, with the aim of returning them to their history and forging them into a nation like all other nations, inside a defined territory. The Zionist dream gained moral validity and international support following the Holocaust in Europe. Thus was born the UN Partition Plan for Palestine.

But the “people without a land” landed in a land where a Palestinian “people of the land” was in a process of consolidation. The “city square” was not “empty” at all. The Zionist leadership, correctly reading the map of powers in the world, jumped on the historic moment and consented to the partition plan. Not so the Palestinian and Arab leadership. And so the Jews’ “War of Independence” erupted, while the “Palestinian Nakba” occurred and the refugee problem was created.

The Palestinian national movement began to gain strength prior to the occupation of the West Bank and Gaza Strip, in a “Zionist-like” attempt to negate the Palestinian exile within the Arab world. For though the Arab world is known for its “hospitality,” it is not at all known for welcoming refugees that wish to lodge there, even if these refugees are “brothers,” as the rhetoric of the trite Arabic slogan goes. The Arab world is the only place in the world where refugee camps have existed since the middle of the last century, with no end in sight.

The Six-Day War brought the Jews closer to the most historically and religious charged places from the distant past. From this point on, the “Judaization” of the state started to take the reins as its “democratization” began to retreat, first within the occupied territories and later within the Green Line.

The Arab “refusal front” did not budge, and thus played into the hands of Israel, which began building settlements in the territories. The dogs of the refusal front continued to bark as the settlement convoy kept moving and growing.

Over the years, secular nationalism, both Zionist and Palestinian, began to give way to the forces that emerged from the influence of God’s messengers on earth, Jewish and Muslim alike. When God himself enters the arena of delusions and the dreamers start investing stones and ancestral graves and so on with holiness, nothing good can come of it. The path to fathers digging their children’s graves only grows shorter and shorter. And so the ones who dream of the Kingdom of God end up dragging the land and all its inhabitants into a bottomless abyss.

When God is brought into the picture of the conflict, he takes over the whole picture and paints it in bloody hues. For these are his favorite colors. The “God of revenge” will soon dispatch his foolish disciples to commit ethnic cleansing and crimes against humanity. So it was, so it is and so it will ever be in the Middle East.

And so we have reached this point. The land is “joined together” with fresh wounds and bruises. All those, whether on the right or the left, who amuse themselves with the idea of a binational solution are hopeless dreamers of another kind. When supposedly “nationalist” states break apart into religious tribal fragments, their binational visions turn out to be dangerous hallucinations. This is a recipe for an even more dangerous situation, akin to Balkanization.

Bear in mind that the Palestinians are not Swedes and the Jews are not Norwegians. What’s more, even these two Scandinavian peoples were unable to live together in a binational state, went their separate ways in 1905, and have lived happily ever after.

So, considering the current situation, what more can be done to save the two peoples?

If there remains any chance whatsoever, it must be based upon the following principles:

1. The leadership of both peoples must publicly declare that this land belongs to both peoples, and since each people wants to live in its independent state, like all other nations, the land must be divided between the two of them.

2. To this end, Israel commits to end the occupation, and to dismantle the settlements that were built in the territories seized in the Six-Day War. Settlers who wish to remain where they are will become part of the Palestinian state with Palestinian civil identification and subject to Palestinian law.

5. Hebrew and Arabic will be the official languages of both states.

6. Both states will adopt the principle of separation of religion and state.

7. Implementation of the agreement will begin immediately and last 10 years.

When the leaderships of the two peoples announce their recognition of these guiding principles, a total cease-fire will be declared between the two peoples and all Jewish and Arab prisoners detained in connection to the conflict will be released. The two peoples, represented by their respective leaderships, will declare their intention to deal harshly with anyone who forcibly tries to subvert the execution of the historic compromise.

Without recognition of these guiding principles, and the sooner the better, we will all go on sliding toward a Balkan-style abyss.

Held Together by Bruises, This Land Must Be Divided 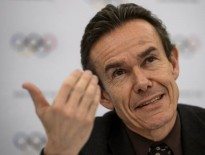 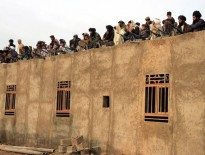 Culture & religions A new Taliban breakaway group claims support for p…
0
wpDiscuz
We use cookies to ensure that we give you the best experience on our website. If you continue to use this site we will assume that you are happy with it.Ok