Ahead of Israel’s Holocaust Remembrance Day, population of Jews around the world is still far short of pre-WWII numbers; Israeli Jews make up some 45% of that number with 6.7 million

The number of Jews in the world currently stands at 14 million, according to data released by the Central Bureau of Statistics on Sunday.

The data, released ahead of Israel’s Holocaust Remembrance Day set to begin on Monday evening, shows the current number of world Jewry in 2020 matches that of 1925 but is still short of the pre-World War II figures.

The 6.7 million Jews who live in Israel account for 45 percent of the world Jewry. Of them, 5.2 million were born in Israel while the rest were born in either Europe or in the Americas, about 293,000 in Africa and 164,000 in Asia. 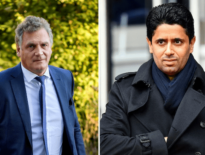 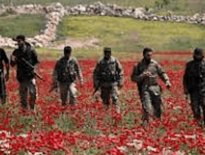 Headlines War, the Economy and Politics in Syria: Broken Lin…
0
wpDiscuz
0
0
Would love your thoughts, please comment.x
()
x
| Reply
We use cookies to ensure that we give you the best experience on our website. If you continue to use this site we will assume that you are happy with it.Ok