Trending
You are at:Home»Categories»Features»HSBC: A Get out of Jail-Free Pass
By Declan Hill on 12 July 2016 Features

with HSBC whistleblower Everett Stern.  His work helped reveal the web of corruption within the bank.

Today, on the release of the report that shows the US authorities did not press criminal charges against the bank’s top executives despite the recommendation of their own staff, there will be lots of people will try to divert your attention from that fact: various lawyers and PR spin-meisters will emerge from under their rocks and to try to frame the non-arrest of HSBC bank executives by saying things like, “’It would cause turmoil to global financial markets if HSBC executives were arrested’ or ‘HSBC is too big to fail’ or ‘it is a market risk to prosecute the CEO’.”

However, let us take the words of the U.S. Attorney-General Loretta Lynch, who said about the bank,

You did not mistake that figure – $881 million in drug proceeds. This was not a single HSBC bank teller in some obscure branch helping out their friends but a systemic problem at the heart of their system..

Think $881 million might be too high a figure in illegal proceeds? Then read this other quote from U.S. officials.

“As a result, HSBC Bank USA failed to monitor over $670 billion in wire transfers and over $9.4 billion in purchases of physical U.S. dollars from HSBC Mexico during this period, when HSBC Mexico’s own lax AML (anti-Money-laundering) controls caused it to be the preferred financial institution for drug cartels and money launderers. . . .”

Below is a superb article from Christopher Matthews of the Wall Street Journal that summarises the US Justice Department’s decision.

1. One of the prosecutors who worked this case now works HSBC.

2.  I spent time yesterday with one of the HSBC whistleblowers – Everett Stern. He is a decent, good man who paid a   high price for his exposure of the corruption inside some of the compliance offices of HSBC.

Stern is now standing for election to the U.S. Senate in Pennsylvania. His opponent is Pat Tome. He is a member of the U.S. Senate Banking Committee. This is the Committee that is in charge of regulating the banking section, including HSBC. He has, according to Stern and the watchdog Public Integrity, received election funding from HSBC: one of the banks that he is supposed to be regulating.

It is a betrayal of many, many good people.

U.S. Justice Department officials overruled their prosecutors’ recommendation to pursue criminal charges against  HSBC Holdings PLC over money-laundering failings, according to a House committee report prepared by Republicans that sheds new light on the bank’s 2012 settlement.

The report, which was reviewed by The Wall Street Journal ahead of its release Monday morning and was prepared by the Republican staff of the Financial Services Committee, concluded that former Attorney General Eric Holder overruled the internal recommendation and subsequently misled Congress about the Justice Department’s decision not to prosecute the U.K. bank.

“Rather than lacking adequate evidence to prove HSBC’s criminal conduct, internal Treasury documents show that DOJ leadership declined to pursue [the]recommendation to prosecute HSBC because senior DOJ leaders were concerned that prosecuting the bank ‘could result in a global financial disaster,’ ” the 282-page report stated.

The report also said the Justice Department refused to respond to subpoenas from the committee about the settlement, so committee staff based its findings on documents turned over by the Treasury Department, which was also involved in the settlement.

Spokesmen at the Justice Department and Treasury Department declined to comment.

In December 2012, HSBC agreed to pay a then-record $1.9 billion to the Justice Department to settle allegations it failed to spot the laundered proceeds of drug trafficking in Mexico and failed to flag transactions with countries subject to economic sanctions, such as Iran. But the bank avoided entering a guilty plea, a costly outcome that could have sparked collateral consequences including the revocation of the bank’s U.S. charter. Instead, it entered into a deferred prosecution agreement.

Under the terms of the deal, HSBC admitted to prosecutors’ allegations, paid a fine and entered a form of corporate probation while the Justice Department reserved the right to pursue charges. If the bank bolstered its internal controls, hired a compliance monitor and undertook other changes, prosecutors would drop the charges. The bank is still being monitored.

The settlement was criticised by some Republican and Democratic lawmakers as a slap on the wrist for a bank that admitted to handling hundreds of millions of dollars in illegal narcotics sales proceeds. The controversy was exacerbated when then-Attorney General Holder suggested at a Senate hearing months after the settlement that some banks are so large and complex that prosecuting them had become difficult, in part because such a move could have broad financial ramifications.

Mr. Holder later said those comments were misconstrued and that the Justice Department doesn’t believe any institution is too large to face legal punishment. “If we find a bank or a financial institution that has done something wrong, if we can prove it beyond a reasonable doubt, those cases will be brought,” Mr. Holder said at a 2013 House hearing.

The report concluded those comments were misleading because lower-level prosecutors had recommended the department prosecute HSBC, according to Treasury Department emails subpoenaed by the committee.

“[W]e should learn whether [the]internal recommendation to ask the bank [sic]plead guilty to criminal [Bank Secrecy Act] charges was approved by senior DOJ officials,” Denis Wood, an official in Treasury’s Office of Foreign Assets Control, wrote to his colleagues.

Ms. Calvery now works in the compliance department at HSBC. She couldn’t be reached for comment.

U.K. regulators, who frequently coordinate investigations with their U.S. counterparts, were also on interagency calls summarized in the emails that the committee obtained. Those regulators indicated an HSBC conviction could cause turmoil to global financial markets, according to Treasury emails. The report concluded the involvement of U.K. regulators hampered the investigation.

Mr. Holder ultimately offered a take-it-or-leave-it deal to HSBC in November 2012, according to the report, that didn’t include a requirement the bank plead guilty but instead offered a settlement. But the offer wasn’t final and the bank was able to continue negotiations with the department, ultimately completing the deal in December 2012, the report said.

HSBC: A Get out of Jail-Free Pass 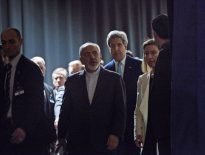 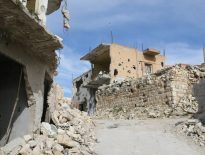 Headlines Harrowing Second Lebanon War battle immortalized i…
0
wpDiscuz
0
0
Would love your thoughts, please comment.x
()
x
| Reply
We use cookies to ensure that we give you the best experience on our website. If you continue to use this site we will assume that you are happy with it.Ok